A national discussion on gene editing is urgently needed 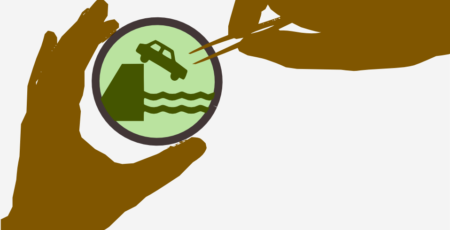 The Australian Academy of Sciences has joined a growing number of groups calling for a national discussion on a range of new genetic engineering techniques that are being referred to as gene editing. Our Federal regulator – the Office of the Gene Technology Regulator (OGTR) – is currently deciding how to regulate these techniques. However, most of the discussion so far has taken place between industry ‘experts’ behind closed doors.

In order to catalyse discussion, the Academy released a discussion paper last week on gene drives. Gene drives – developed using the new gene editing technique CRISPR – are designed to force a particular genetically engineered trait to spread through an entire wild population. The intent is to change the genes of entire species or even cause deliberate extinctions.

The Academy report talks about the wonderful potential of gene drives to potentially wipe out invasive species and insect carried diseases such as malaria; and even to reverse insect and weed resistance to pesticides. However, there is so far precious little evidence that gene drives would even work in wild populations. As the Academy report points out:

“Significant technical and knowledge challenges remain which must be overcome to engineer a successful synthetic gene drive, and these challenges should not be underestimated. The four proof of concept studies published over 2015 have all been in laboratory organisms which are highly uniform and unlike wild populations. The genetic constructs produced in controlled laboratory conditions are unlikely to perform in the same way in natural environments where conditions are much more variable and unpredictable.”

A recent peer reviewed article in Genetics suggests that resistance to standard CRISPR gene drive approaches should evolve almost inevitably in most natural populations. In other words they won’t work and you’ll be left with a population with new mutations with unknown ecological consequences.

The ethical, cultural and societal implications of gene drives are as enormous – as are the potential ecological consequences – whether they work as intended or not.

Incredibly, the Academy report states that “suppression of populations of exotic mosquitoes and midges will likely have few detrimental effects.” No ecologist would ever write those words.

The elimination of mosquitoes (or any other organism for that matter) could have profound ecological consequences that would be incredibly difficult to accurately predict. For example, the elimination of mosquitos would be likely lead to the extinction of the highly specialised mosquitofish (Gambusia affinis). And the loss of these or other fish could have major effects up and down the food chain.

Many species of insect, spider, salamander, lizard, frog and bird would also lose a primary food source. In one study, researchers tracked insect-eating house martins at a park in Camargue, France, after the area was sprayed with a microbial mosquito-control agent. They found that the birds produced on average two chicks per nest after spraying, compared with three for birds at control sites.

Bruce Harrison, an entomologist at the North Carolina Department of Environment and Natural Resources in Winston-Salem estimates that the number of migratory birds that nest in the tundra could drop by more than 50% without mosquitoes to eat.

Without mosquitoes and midges thousands of plant species would also lose a group of pollinators. As evolutionary ecologist Dina Fonseca from Rutgers University points out biting midges of the family Ceratopogonidae are pollinators of tropical crops such as cacao and so eliminating them ” would result in a world without chocolate”.

Because of the serious and potentially irreversible threats to biodiversity – as well as national sovereignty, peace and food security – 160 global groups have called for a moratorium on gene drives.

Given the inherent unpredictability of gene drives – and the high chance of failure – is this really the kind of global ecosystem experiment that we want to undertake? Should we be investing public funds into risky new technologies – or into already proven methods of tackling insect borne disease? Should we using risky new technologies so that we can continue spraying our food with probable carcinogens – or just stop using them?

Gene drives are a classic ‘dual use’ technology, meaning that gene drives developed for one use could also be used as a weapon or biological agent. For example, work is already underway to use gene drives to eradicate parasitic worms. The same technology could be used to make them spread disease or toxins. Gene drive yeasts have also been created in the lab and these could be engineered to be harmful to humans. Gene drives could also be released into agricultural fields to attack a country’s food production. And gene drive mosquitos and other insects could be engineered to spread lethal toxins in their bite. In any conversation about gene drives we must understand the potential risks we are creating and our capacity to control them.

Gene drives carry the same biosafety risks that other genetically modified organisms (GMOs) carry and more. We know the track record of GMOs acting in unexpected ways and causing a variety of environmental harms, while not delivering on their promised benefits. Gene drives are designed not only to spread rapidly through populations. There is nothing in the natural world to compare them to and that limits our capacity to predict their behavior.

As Kevin Esvelt – a gene drive developer from the Massachusetts Institute of Technology puts it:

“We are walking forwards blind. We are opening boxes without thinking about consequences. We are going to fall off the tightrope and lose the trust of [the] public.”

Proposals to unleash gene drives as a ‘silver bullet’ for health and conservation challenges are highly risky and speculative. However, these sorts of technofixes continue to be marketed to the public through deceptive media campaigns. This diverts attention and resources away from proven solutions to these systemic problems – such as providing sanitation, defending human rights, addressing poverty and upholding community land rights and stewardship over nature.

Friends of the Earth support the Academy’s call for a national conversation on gene editing. These techniques raise important ethical, consumer choice and economic issues that simply aren’t being considered by the OGTR’s current review. A broad societal discussion is vital. We simply can’t leave it to industry to write the rules.