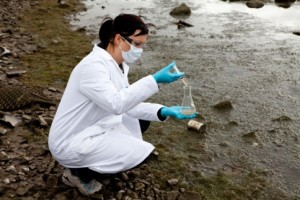 The United Kingdom’s Royal Society and Royal Academy of Engineering has called for the environmental release of nanomaterials to be “avoided as far as possible”, and for their intentional release to “be prohibited until appropriate research has been undertaken and it can be demonstrated that the potential benefits outweigh the potential risks.” Unfortunately, we are seeing just the opposite occur.

Nanomaterials are entering the environment through fertilisers, pesticides, waste and wastewater streams and the breakdown of nanomaterials through use or exposure to environmental conditions.

Although environmental impacts have been poorly studied, there is increasing evidence that some nanomaterials could cause harm. Nano-silver, for example, has been found to have adverse impacts on plants, micro-organisms and aquatic organisms. Currently, there is no regulation in Australia addressing the release of nanomaterials into the environment.