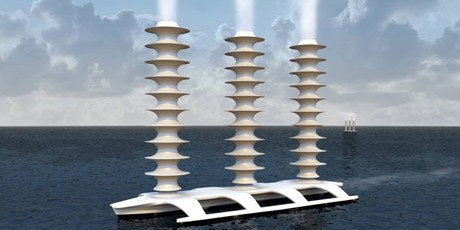 As Tim Flannery launches his new book Atmosphere of Hope at Melbourne University tonight, Friends of the Earth have warned that geoengineering technologies aren’t a solution to climate change and risk diverting attention from proven solutions. Geoengineering is the deliberate large-scale manipulation of the Earth’s natural systems.

Jeremy Tager, a campaigner with Friends of the Earth’s Emerging Tech Project said “Tim Flannery’s proposed ‘third way’ is a dangerous distraction that risks diverting attention away from the urgent need to dramatically reduce the burning of fossil fuels.”

“Geoengineering technologies provide an excuse for decision-makers not to act – allowing powerful interests such as the fossil fuel industry, big forestry and agribusiness to undermine international efforts to deal with climate change.”

“Tim Flannery’s suggestion that geoengineering technologies are a ‘third way’ implies that these unproven technologies are a legitimate replacement for existing mitigation needs and technologies. While new technologies can obviously complement mitigation, they cannot solve climate change, nor can they replace the clear need for structural and behavioural changes.”

“Most of the technologies Flannery promotes such as negative emission concrete, large scale seaweed farming or carbon dioxide snow in the Antarctic are not proven technologies, do not exist at a scale that is meaningful and are uncosted and currently unsupported by governments anywhere.”

“Flannery argues that in order for these technologies to be developed early investment by government is needed. But our government isn’t even investing in established, job creating renewable industries.”

“Our collective failure to tackle climate change is not a failure of technology. It is the result of the systemic failure of a growth based market system and compromised political systems. Changing technologies won’t change either of these structural problems. The politics that caused climate change and has failed to address it will – unless drastic changes occur – also control these new technologies,” concluded Mr Tager.

Friends of the Earth is calling for