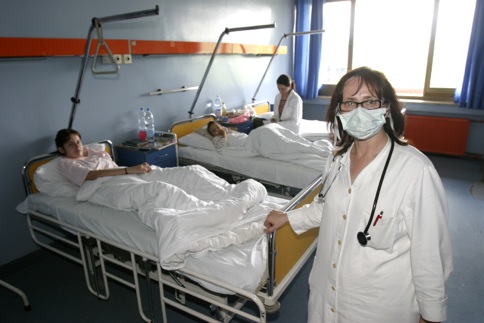 We are surrounded by regulation. Every moment of our waking and sleeping lives is populated with a vast regulatory network. There are thousands of regulations relating to our homes, our clothes, our foods, the way we drive, the places we work, the wages we receive, the super we contribute to, the environment we live in and depend on for life. Many of these regulations have saved lives and protected property and biodiversity.

But regulation in the extreme free market orthodoxy of both the ALP and the Coalition is now by definition bad. Regulations interfere with markets and we shouldn’t intervene in markets, even to protect ourselves, because the market through its perfect pricing and behaviour signals will do all of that for us, and more.

Both the ALP and the Coalition are gripped with deregulatory hysteria and it is getting worse.

It is well established, even in mainstream economics, that most industries don’t pay the full cost of what they do or produce. These are called externalities and you and I pay for them. In other words we subsidise some of the biggest corporations on the planet every day. When a mine fails to rehabilitate its hole in the ground, it is the public that pays – pays directly for clean up, or indirectly for contaminated water and degraded land that is no longer able to produce food. When companies emit carbon dioxide into the atmosphere, knowing that this will contribute to climate change, we will pay the costs associated with more extreme weather, rising sea levels, loss of ocean fertility and a host of other impacts that industry quietly passes on to all of us with the complicity of government. Regulation can put those costs back on industry where they belong.

Our leaders however, don’t want business to pay for the costs of doing business. The demand to privatise profit and socialise risk is now ubiquitous. Eliminating regulation, including environmental protection and health and safety laws, in this warped system is now seen as increasing efficiency.

Extraordinarily, the madness of the free market buffoons just went to the next level.

During the most recent Senate Estimates hearings in Canberra, it was revealed that the current Government has brought in a new rule that any new regulation that imposes any cost on business must now be ‘offset’.  That means the equivalent ‘burden’ of regulation must be reduced somewhere else any time there is a new regulation that imposes costs on industry. If you can’t reduce regulatory burden you can’t regulate.   On the other hand, these titans of illogic conclude that deregulatory measures do not impose any costs.

What this means is that the costs of doing business – costs that legitimately belong to business – are now to be borne by the taxpayer. We will likely see fewer regulations and existing protections will disappear even further and faster. We will effectively be further subsidising corporate interests because the taxpayer will bear the costs of abandoned regulation or the failure to regulate.

Under these new rules, if a law was passed requiring the labelling of any nanomaterials in consumer products, the cost of that must be offset. That may occur by getting rid of other consumer protection laws.  If there are consequences of removing regulation – more public health problems for example, it is the taxpayer that will pay for them, not corporate interests.

If it is found that nanomaterials in food causes harmful health effects  (for which there is already some evidence), any regulation costs must still be offset, ensuring that business is not responsible for the impacts of their products. Decisions not to regulate because of these costs will likely increase, meaning that the environmental and health resulting from a failure to regulate will all be borne by the taxpayer. Obviously, your right to be protected and to make informed choices is not as strong as the right of corporate interests to make even more profit.

And it gets worse. The costs associated with regulation include not only substantial compliance costs but costs of delay associated with, for example, preparing an impact assessment. So, if a new rule is passed that requires industry conduct safety assessments of nanomaterials in food before releasing them onto the commercial market (this has just been proposed in the EU), the costs of compliance, the delays that compliance causes and the administrative requirements of compliance are all part of the costs that must be offset. According to the Government this includes “for instance, the costs of travelling to a particular location to submit a form or waiting in a queue in order to comply with a requirement”.

It is possible that one perverse outcome of this perverse rule is that corporations will now seek more regulation as a strategy to get rid of existing regulations they don’t like. They benefit far more from new regulations than existing ones, where no offsets are required.

We have reached the point in the breakdown of democratic institutions where the charade of caring for the public interest has disappeared and been replaced by shameless ideologues stuck fast in the service of corporate interests. It is time for them to go.

Jeremy Tager is a campaigner with Friends of the Earth’s Emerging Tech Project.