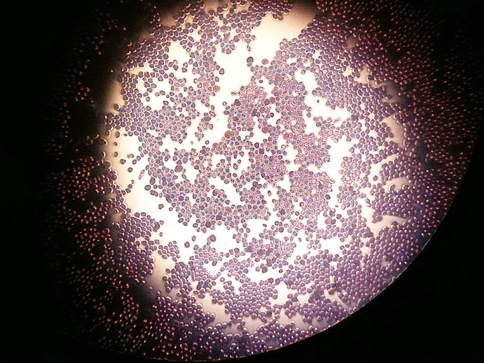 The recent announcement of the creation of the first synthetic yeast chromosome has sent shockwaves through the scientific community. While many external commentators saw the computer design and synthesis of an artificial chromosome as one small step on a long journey of genetic modification – we should not underestimate this building and seemingly successful transplantation of an entire chromosome into a complex life form such as this yeast (Saccharomyces cerevisiae).

Building on previous achievements creating synthetic bacteria and viruses, the manipulation of this higher (Eukaryotic) life form clears the path to wholesale modification of larger plants and animals. Synthetic biology – dubbed “genetic engineering on steroids” – is inspired by the convergence of nano-scale biology, computing and engineering.

On the one hand, scientists claim this and other applications of synthetic biology will allow us to understand a lot more about how our own human cells function, and potentially unravel the causes of some diseases. But at the same time we can be certain that the extraordinary power and resources of biotechnology corporations will steer these new technologies towards anything which will potentially create profit.

Similar to the genetic modification of crop plants, synthetic biologists are prioritising short-term “improvements” and profits with scant regard to unanticipated – and potentially catastrophic – consequences. Some scientists try to reassure us that synthetic organisms “can be designed to die outside the lab, for example by making them unable to replicate without an amino acid that is not found in nature.” But in reality, we can find no mention whatsoever of these safeguards in any of the documents published along with this new synthetic yeast chromosome. Rather the opposite appears to be true, with these researchers claiming their “design principles prioritize a wild-type phenotype and a high level of fitness despite the incorporated modifications”.

This essentially means they are trying to engineer a synthetic microbe which can compete with wild yeast. And what’s more, single-celled microorganisms are renowned for their ability to quickly pick up the genetic material needed to overcome a hurdle. We only need to look to the ability of bacteria to swap and trade antimicrobial resistance genes when confronted with nano-silver or antibiotics.

But why should we care anyway, if some rogue synthetic yeast escapes and mixes it up with wild yeast? What does yeast even do in the wild? While humans have been using yeast for thousands of years to help bake bread and brew beer, we’ve actually been quite ignorant of yeast’s wild side. However, some recent discoveries point to critical roles for yeast in and around flowering plants – promoting root growth and establishing symbiosis with healthy soil mycorrhiza, and in fermenting flower nectar to warm the flower, which enhances pollen germination and distribution by insects such as bees and wasps. This means the release of a synthetic yeast has the potential to not just maybe improve beer, but also wreak havoc with the very basis of our natural systems – and our agricultural systems too.

Alarmingly, synthetic biology is not specifically regulated by any government around the world. Friends of the Earth is calling for the urgent adoption of the following principles for the effective assessment and oversight of the emerging field of synthetic biology:

Read The Principles for the Oversight of Synthetic Biology.