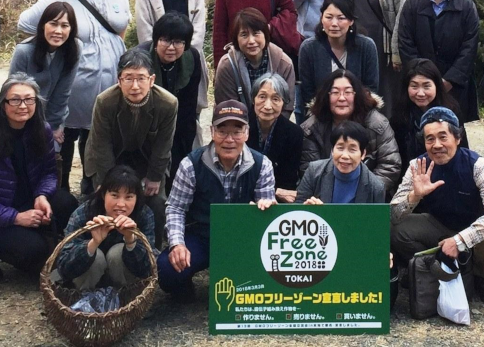 The Consumers Union of Japan has threatened to boycott Australian products produced using new genetic modification (GM) techniques such as CRISPR if these techniques are deregulated here. The Federal Government has asked states and territories to approve the proposed changes to our Gene Technology Regulations by 11th March.

Meanwhile, the Department of Agriculture and Water Resources has refused to release draft advice on the likely trade impacts if these new techniques are deregulated. When asked in Senate Estimates last week about the potential market risks if these techniques are deregulated, Daryl Quinlivan, Secretary of the Department of Agriculture and Water Resources, said it is an issue “producers and exporters will have to work out”.[1]

The Federal Government’s proposal to deregulate these techniques would make Australia the first country in the world to deregulate GM animals – raising serious environmental, animal welfare and food safety concerns. It also poses major risks to or export markets that need to be properly assessed.

Take action: demand that these techniques are regulated

Under the Federal Government’s proposal, anyone would be able to use these techniques with no regulatory oversight. That means no requirement for traceability – and no way to ensure products are GM-free.

We find it frankly incredible that the Federal Government is pursuing with its deregulatory agenda, when recent studies show that these techniques are not as precise as has been claimed and can result in high levels of unexpected genetic mutations.

Powerful, clear scientific evidence shows the potential risks that these new GM techniques pose. It’s vital that organisms produced using these techniques are assessed for safety before being released into our environment and food chain.

In shocking contrast to overseas regulators, the Office of the Gene Technology Regulator (OGTR) has recommended that a number of new GM techniques be deregulated. Furthermore, the agency has relied on advice from scientists from institutions with clear commercial conflicts of interest, and partnerships with Monsanto in making its recommendations.

These techniques are quite clearly genetic engineering – the fact that the OGTR is even considering not regulating them demonstrates how captured it has become by biotechnology industry interests.

Take action: demand that these techniques are regulated