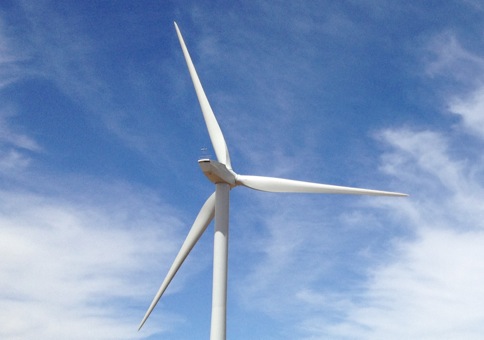 On 6 May 2004, the then prime minister of Australia, John Howard, and the then industry minister, Ian Macfarlane, were participating in a meeting of the Lower Emissions Technology Advisory Group, which comprised CEOs of the major fossil fuel producing and consuming corporations. The CEOs expressed concern about the rapid growth of the renewable energy industry, especially wind power. Notes from the meeting, leaked to the ABC and reported on national radio’s PM program of 7 September 2004, revealed that the politicians discussed ways and means of limiting the growth of the renewable energy industry and thus protecting the fossil-fuel based industries.

Subsequently, at least five ministers, including the prime minister, made verbal attacks on wind power within a period of a year. This apparent collusion between the Howard Government and the big greenhouse gas polluters was confirmed in 2007 by Guy Pearse. As a member of the Liberal Party and a former ministerial adviser in the Howard Coalition Government, Pearse was able to obtain frank interviews with the captains of these polluting industries for his PhD thesis.

They boasted to him that they, the self-styled ‘Greenhouse Mafia’, were responsible for writing government policy on greenhouse response. Disillusioned, Pearse became a whistleblower, exposing these corporate influences in his book,
High and Dry. The Rudd Labor Government won office in November 2007 with a promise to expand renewable energy in Australia as one of its policies. However, the new government’s failure to implement its promise – by not making the necessary financial allocations to renewable energy in the May 2008 budget and its failure to set up the appropriate institutions – demonstrated that the change of government did not bring a significant change of policy implementation.

Apart from the symbolic gesture of ratifying the Kyoto Protocol, the new government delayed action on its principal election promises to support renewable energy. In particular, it took three years to implement the promised expansion and time extension of the Renewable Energy Target in a moderately effective form, although only small modifications to the existing legislation were actually required. Nevertheless the alliance with the Greens that kept the re-elected Rudd-Gillard Labor government in power from 2010 to 2013, led to some modest federal government policies for climate action in general – and renewable energy in particular.

A carbon price was implemented; various existing research, development and demonstration programs were combined under the new Australian Renewable Energy Agency (ARENA); and the ‘Valley of Death’ between demonstration and early commercialisation of renewable energy technologies was addressed by the creation of the Clean Energy Finance Corporation (CEFC). However, Labor’s energy minister, Martin Ferguson, was strongly committed to the fossil fuel industries and the government was clearly reluctant to promote and defend climate action and renewable energy.

Responding to public pressure, the states implemented feed-in tariffs, initially over-generous, for residential renewable energy systems. The subsequent rapid growth of solar photovoltaic (PV) electricity, the corresponding rapid reduction in its price and the decline in electricity demand − which has occurred every year since 2010 − galvanised the fossil fuel and electricity generation industries into an intense lobbying and media campaign. There are several causes of this decline.

Retail electricity prices have escalated, resulting primarily from the tens of billions of dollars being spent on upgrading poles and wires. Higher retail electricity prices encourage energy efficiency and solar PV, both of which are now low-cost. In South Australia, which generates 27 per cent of its grid electricity from wind, one of its two coal-fired power stations has been shut down, apparently permanently, while the other has been restricted to operation for half the year. The writing is on the wall for coal power. The large contribution from wind has reduced the wholesale price of electricity and cut the revenue for coal power. Incidentally, the reduced wholesale price has not been passed on to retail customers.

Election of a federal Coalition government in 2013 and state Coalition governments around this time gave the fossil fuel industries and electricity utilities a power structure that is even more receptive than Labor to lobbying by vested interests to put the brakes on climate action and renewable energy. As a result, ARENA’s funding has been cut by $800 million and the Climate Commission (which advises the public) has been closed, although the crowd-funded Climate Council has arisen from its ashes. If the government gains the numbers when the new Senate takes office in July 2014, it will terminate the carbon price, close the CEFC (which has been very successful and profitable in levering private investment in renewable energy) after only one year of operation, and close the Climate Change Authority (which advises government).

The federal government’s announcement of another review of the Renewable Energy Target by a committee of supporters of fossil fuels and nuclear energy has stopped the development of new wind farms. Meanwhile, vested interests and their supporters are spreading numerous myths hostile to renewable energy, all of which are either completely false or grossly exaggerated. Table 1 summarises their refutations, discussed in more detail in my book Sustainable Energy Solutions for Climate Change.

Despite the myths, which are repeated endlessly by the Murdoch Press and politicians, there is still strong public support for renewable energy. Environmental NGOs, sustainable energy businesses, the Australian Solar Council and Solar Citizens, a lobby group of owners of solar energy systems, are offering growing resistance to the vested interests. Economics gives further support. For most households and businesses that use significant amounts of electricity during daytime, obtaining that electricity from rooftop solar PV is now cheaper than buying it from the grid.

Although wind farms cannot yet compete with dirty coal power in the absence of a medium-level carbon price, wind energy is already much cheaper than nuclear energy and is also competitive with the estimated costs of coal power with carbon capture and storage in most locations. Corporate interests can slow the growth of renewable energy, but cannot stop it.

MYTH: Renewable energy is too variable or ‘intermittent’ to reliably make the major contribution to electricity supply

Base-load power stations, such as coal or nuclear, are unnecessary for supplying base-load demand reliably. This is shown by both hourly computer simulations of electricity supply from 100% renewable energy and practical experience with high penetrations of wind power into electricity grids.

MYTH: Renewable energy is too expensive

Once true, but now no longer. In many countries solar PV has become economically competitive with retail electricity prices and in a few locations it is also becoming competitive in the wholesale market. On-shore wind is competing with conventional power stations in the wholesale market in several countries. Both solar PV and wind are continuing to become cheaper, while coal and nuclear power stations are becoming more expensive.

MYTH: Renewable energy is not ready to replace fossil fuels

A sufficient variety of commercially available renewable energy technologies are ready to replace fossil-fuelled electricity. Of course renewable energy has to be scaled up, however this can be done much more quickly than for fossil and nuclear power stations, because wind and solar technologies are mass-produced in factories and the installation is very rapid. For urban transport, cycling, walking, improved mass transit and vehicles fuelled by renewable electricity can replace most fossil-fuelled vehicles. For rural road and air transport, renewable energy still needs further development.

MYTH: Renewable energy is too diffuse to run an industrial society

There is ample marginal land on the planet to provide all the solar energy required, while wind farms are compatible with almost all forms of agriculture and occupy only 1–3% of the land they span. While not all countries are equally blessed with renewable energy resources, trade in renewable energy by transmission lines and by transporting renewable hydrogen in LNG tankers could supply disadvantaged regions.

MYTH: Energy payback periods (in energy units, not money) for renewable energy systems are comparable with their lifetimes

This was once true in the early uses of solar PV in satellites. Nowadays energy paybacks for solar PV modules are typically 0.5–1.8 years and for wind turbines 0.25–0.75 years, depending on location and technology type. The lifetimes of these technologies are about 25 years each. For comparison, energy payback periods for nuclear energy are 6.5–14 years, depending on whether high- or low-grade uranium ore is mined and milled.

MYTH: Danish electricity prices are among the highest in Europe, because of the high use of renewable energy in Denmark

Danish electricity prices are among the highest in Europe, because the tax on electricity is very high in Denmark. This tax goes into consolidated revenue; it does not specifically subsidise renewable energy. When European electricity prices without taxes are compared, Denmark’s is in the lowest quartile.

MYTH: The doubling of retail electricity prices in Australia in recent years is primarily the result of the carbon price and the Renewable Energy Target

By far the biggest contribution to the increase in electricity prices in Australian states comes from the costs of upgrading the distribution system (poles and wires). In 2013–14 the distribution network was responsible for about two-thirds of average retail electricity price, the carbon price 9% and the Renewable Energy Target about 2%. However, the latter would be offset by the reduction in wholesale electricity price from wind farms, if it were passed on to retail customers.

MYTH: Infrasound (sound that is too low in frequency to be heard by the human ear) from wind turbines causes a wide range of ill health symptoms

As confirmed by 19 studies, there is not a shred of scientific evidence to support this claim. A randomised, controlled, double-blind trial shows that people cannot distinguish between infrasound and sham infrasound (silence) and that illnesses attributed wrongly to infrasound can be psychologically induced by anti-wind propaganda.

Associate Professor Mark Diesendorf is Deputy Director of the Institute of Environmental Studies at the University of New South Wales.