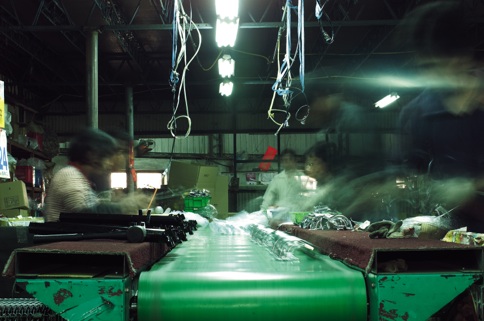 In 2009 the European Parliament called on the European Commission to create a nano-register by 2011 to enable regulators to conduct basic risk assessments and provide meaningful information to protect the health of workers and consumers. Six years on, the European Commission seems determined to do nothing at all – arguing that an EU register for all nanomaterials would be difficult to achieve and place an undue burden on industry.

The European Parliament is the elected body of the European Union. The European Commission (EC) is the executive body – responsible for proposing legislation, implementing decisions- and is frequently accused of pro-industry bias.

The European Commission is currently conducting a public consultation process to investigate the feasibility of an EU wide nano-register. However, the Directorate-General (DG) for Growth is leading this work. Not surprisingly, its public communications so far have had a strong pro-industry bias and the prospect of the Directorate-General proposing an EU-wide nano-product register looks unlikely at this stage.

Why is a nano-register needed?

The US National Research Council argues that “inventories are needed that describe what  ENMs [Engineered Nanomaterials] are being produced, how they are being used, and what their forms are along the value chain.”

A recent Safe Work Australia report draws attention to “the lack of sufficient or adequate data to allow for meaningful exposure assessment and risk characterisation, and the need for more information.”  The authors observe that “currently significant data gaps for most ENMs impart marked uncertainty to risk assessments, which in the opinion of some authors renders them unusable for regulatory decision making.”

Nano-registers are needed to protect workers

Preliminary investigations of workplaces handling nanomaterials by a European agency suggest that the risks from nanomaterial exposure may not be adequately controlled.

According to Safe Work Australia “the reality of workplace risk assessments is that they heavily rely on toxicological and physical hazard information in safety data sheets. It is apparent these workplace information sources are largely inadequate.”  A review of 50 Material Safety Data Sheets (MSDS) by the agency found that 84% of the MSDS “did not provide adequate and accurate information sufficient to inform an occupational risk assessment for nanomaterial contained in the product”.

Carbon nanotubes are used in a range of applications including sports equipment, electrical equipment, solar cells, water filters and textiles. They have asbestos like qualities and have been categorised as a hazardous chemical by Safe Work Australia.  The agency found that 11 out of 12 MSDS relating to carbon nanotubes incorrectly described their risk as equivalent to that of graphite.

Research suggests that control and risk management methodologies which are already known can provide levels of protection for workers from exposure to engineered nanomaterials in the occupational environment.  However workplaces need to be aware that they are handling nanomaterials to put in place appropriate protective measures.

A mandatory register would provide valuable data for epidemiological studies to detect chronic long-term health effects associated with nanomaterials that might otherwise be missed. Safe Work Australia observe that “there could be future benefit in monitoring the health of workers who may be substantially or repeatedly occupationally exposed to ENMs, or at least collecting information on who may be exposed, the materials being used, the duration of use and potential or actual exposures.”

There is strong support for a nano-register in Europe

In 2013 France became the first country to introduce a mandatory register of nanomaterials.  In 2014, Denmark and Belgium introduced similar legislation and Norway now requires all companies with chemicals registered in the Norwegian Product Register to disclose if the chemical contains nanomaterials. Sweden is also investigating whether it needs a national register and is due to report on its findings in late 2014.

Austria, Belgium, Croatia, the Czech Republic, Denmark, France, Italy, Luxembourg, the Netherlands, Spain and Sweden have all asked the European Commission  to “propose legislation on registration or market surveillance of nanomaterials or products containing nanomaterials”.

What have we learnt from the French Nanomaterial register?

The French Government’s nano-register revealed the use of over 500,000 tons of nanomaterials and 3400 different nanomaterial based products in France alone in 2012.  These figures were significantly higher than predicted. This kind of quantitative data is essential for regulators to assess the risks posed by nanomaterials to human health and the environment.

The French nano-register also resulted in an increased awareness among businesses that they were handling nanomaterials, which is a vital first step in addressing the potential hazards posed by them. For example, the French register has disproved the Australian Pest and Veterinary Medicines Authority (APVMA)’s claim that nanomaterials are not yet in commercial use in agricultural chemicals. This information has important implications for agricultural workers.

The implementation of the French register was also accompanied by grave predictions of the likely cost to industry that were not borne out in reality. This is by no means an isolated example of industry over-inflating the likely costs of compliance with new regulation. A recent report by ChemSec reviewed examples of past industry cost estimates of complying with suggested environmental regulations and compared them with the actual costs after the laws have entered into force. The authors found that industry systematically “cries wolf”, saying that compliance costs would be considerable and jobs lost. Research shows that this is not the case.

Industry frequently refers to the “cost savings” that could be achieved by not implementing a nano-register or by exempting certain industries. However, lets be clear here – these are not “cost savings” but “cost transferals” from industry to society. The failure to properly regulate nanomaterials, track them through the supply chain and put in place necessary measures to protect human health and the environment is likely to result in considerable harm to human health and the environment, the costs of which will be borne by society as a whole.

Ironically industry’s crying wolf over the regulatory burden of an EU wide nano-register could actually result in increased costs to industry if it results in the European Commission failing to implement one. This could result in a number of further EU member states implementing mandatory registers with different reporting obligations, potentially hampering trade within the internal market.

What needs to happen?