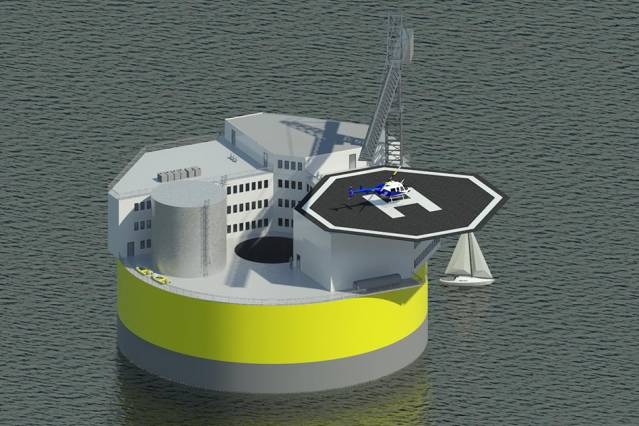 Floating nuclear power plants − perhaps not a string of words that you have come across before? And probably for a good reason – it makes no sense. Yet researchers looking into how to avoid repeating nuclear disasters, like the Fukushima meltdown in 2011, seem to think floating nuclear power plants (FNPP) are the solution to generating safe nuclear energy. By floating in open water, FNPPs are thought to be at lower risk of damage from tsunamis and earthquakes, and in the event of a nuclear meltdown “the ocean itself can be used as an infinite heat sink”, claims Jacopo Buongiorno, a professor of nuclear science and engineering at MIT.

The idea has gained supporters in America, Russia and Japan over recent years, however the advantages are yet to be proven. Construction of the first ever FNPP is currently underway in Russia, intended to provide power for the expansion of Russia’s oil-and-gas industry in remote areas, including the Arctic. But we’ve all given up on Arctic sea ice anyway, right?

Oh, and in the event of radioactive material leaking from a FNPP meltdown, the pollution would not be limited to surrounding soil as it would be with a land based power plant. Instead being transported wherever the ocean currents took it − and potentially persisting in global waters for thousands of years. Genius.