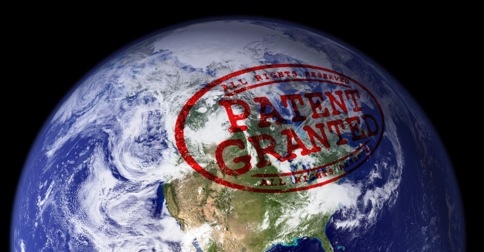 Patent law is a regime of intellectual property, which provides exclusive rights regarding scientific inventions, which are novel, inventive, and useful. There has been much debate over the limits of patentable subject matter relating to emerging technologies. The Supreme Court of the US has sought to rein in the expansive interpretation of patentability by lower courts in a series of cases dealing with medical information (Prometheus), finance (Bilski), and gene patents (Myriad). This has led to a reinvigoration of the debate over the boundaries of patentable subject matter.

There are many historic examples of how humans have used technology to change geological systems. From using fire to drive game to building irrigation for agriculture, seeding clouds during droughts, reversing the Chicago River to building the Hoover dam, the term can encompass all sorts of ideas. Today, options discussed often include large-scale engineering of the environment in order to combat or counteract the adverse effects of human-induced changes in the atmosphere and climate.” Intellectual Ventures has made significant investments in geoengineering patents.

For his part, Nathan Myhrvold denied the accusation: ‘Well, that’s a term that has been used by people to mean someone they don’t like, who has patents. I think you would find almost anyone who stands up for their patent rights has been called a patent troll.’ Intellectual Ventures argues that it provides a licensing system to enable access to key inventions. Nonetheless, there has been empirical evidence – particularly from Professor Colleen Chien – that strategic litigation by patent assertion entities is a widespread problem, particularly in the US.

In 2013, President Barack Obama and the White House announced the introduction of a package of reforms to address the issue of ‘patent trolls’. The Obama administration promised to take executive and legislative action to discourage strategic litigation by patent owners. The White House discussed the problem of patent trolls: “Innovators continue to face challenges from Patent Assertion Entities (PAEs), companies that, in the President’s words “don’t actually produce anything themselves,” and instead develop a business model “to essentially leverage and hijack somebody else’s idea and see if they can extort some money out of them.” The White House emphasised: ‘Stopping this drain on the American economy will require swift legislative action, and we are encouraged by the attention the issue is receiving in recent weeks.’

The Obama Administration stressed: ‘We stand ready to work with Congress on these issues crucial to our economy, American jobs, and innovation’. The White House commented: ‘While no single law or policy can address all these issues, much can and should be done to increase clarity and level the playing field for innovators.’ However, a legislative effort to address patent trolls has stalled in the United States Senate. In his book, Earth Masters: Playing God with the Climate, Clive Hamilton discusses the rise in the patenting of climate engineering. He comments that ‘regulation moves more slowly than commerce and in recent years there has been a flurry of broad patents taken out over methods to engineer the climate.’ He observes that ‘some of them are so broad that, if enforceable, they would place fertilisation of the oceans in the hands of one man.’

Hamilton was alarmed by studies of patent thickets in respect of geoengineering: ‘In 2010 Shobita Parthasarathy and co-authors noted a sharp increase in geoengineering patents in recent years and warned that, as in the case of biotechnology, the patents owned by private companies and individuals are on track to become the de facto form of governance of geoengineering’. Hamilton warned: ‘We are approaching a situation in which international efforts to protect humanity from climate catastrophe could depend on whether or not one company wants to sell its intellectual property.’

In his landmark book on climate change and philosophy, Stephen M. Gardiner considered the ethics of geoengineering. He noted that ‘geoengineering is a relatively new and underexplored topic’ both in terms of the science and the ethics. Gardiner is particularly interested in the justification that geoengineering is a ‘lesser evil’ required in order to ‘arm the future’: ‘We should be wary of arguments from emergency; clearly they are open to manipulation’. Furthermore, Gardiner provides a critique of the ‘arm the future’ rationale provided for pursuing geoengineering, suggesting that it is less straightforward and decisive than it is usually taken to be. He suggests that issues – such as liability, compensation, political legitimacy, and lingering inertia – raise the ethical stakes in geoengineering policy.

The philosopher emphasises the need for caution. Some commentators have argued for bans or moratoria regarding specific geoengineering technologies. Harvard University Professor, David Keith, has contended that the US Federal Government could ban patents in the field of solar radiation. He observed: ‘This is technology that allows any country to affect the whole climate in gigantic ways, which has literally potential to lead to wars’. Keith maintained: ‘It has this sort of giant and frightening leverage.’ He commented: ‘We think it’s very dangerous for these solar radiation technologies, it’s dangerous to have it be privatized.’ He maintained: ‘The core technologies need to be public domain.’

The ETC Group has engaged in larger work on patent law and geoengineering – raising concerns about what they term ‘geopiracy’. The organisation states: ‘As if restructuring the climate isn’t controversial enough, a handful of geoengineers are privatizing the means to do so by claiming patent rights over geoengineering techniques.’ The ETC Group noted that there were divisions in international negotiations over the policy settings in respect of intellectual property and climate change: ‘The politics of patents has always been a divisive issue when it surfaces in different international fora’. The ETC Group argues that ‘the challenge of addressing climate change highlights the need for the sound and timely evaluation of new technologies.’

The Canadian writer Naomi Klein also raises concerns about geoengineering. She notes that the technology may be appealing to some: ‘Geoengineering offers the tantalizing promise of a climate change fix that would allow us to continue our resource-exhausting way of life, indefinitely.’ Klein is concerned about the lack of informed consent for geoengineering: ‘The truth is that geoengineering is itself a rogue proposition.’ Klein noted: ‘While the United Nations’ climate negotiations proceed from the premise that countries must agree to a joint response to an inherently communal problem, geoengineering raises a very different prospect’.

She is concerned that particular countries or companies could engage in geoengineering without proper consent or authorisation from others: ‘For well under a billion dollars, a “coalition of the willing,” a single country or even a wealthy individual could decide to take the climate into its own hands.’

In his 2013 book, The Future, Al Gore is sceptical of geoengineering. He warns of the psychological problem of ‘single-action bias’, an ingrained preference for single solutions, even for complex problems. Gore suggests that ‘this common flaw in our way of thinking helps to explain the otherwise inexplicable support for a number of completely bizarre proposals that are collectively known as geoengineering.’ He fears that a number of geoengineering proposals involve reckless risks to the environment and humanity. Gore reflects that ‘our way of communicating about global challenges and debating reasonable solutions has been subjected to an unhealthy degree of distortion and control by wealthy corporate interests who are themselves desperate to prevent serious consideration of reducing global warming pollution.’ He warns: ‘If we continue to delay the launching of a serious multipronged global effort to reduce the emissions of heat-trapping greenhouse gas pollution, we will find ourselves pushed toward increasingly desperate measures to mitigate the growing impacts of global warming.’