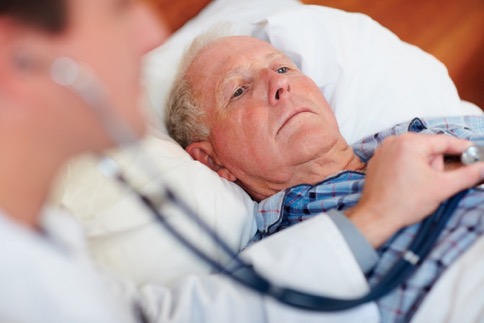 A new study has found a direct connection between the inhalation of nanoparticles and cardiovascular disease, once again raising serious questions regarding our increasing exposure to manufactured nanomaterials.

The study which exposed human volunteers to gold nanoparticles via inhalation found that nanomaterials can move from the lungs to the circulatory system and accumulate in inflamed areas of the blood vessels. This finding was confirmed in a simultaneous study using mice. According to the study authors these findings have “major implications for risk management in the use of engineered nanomaterials.”

Cardiovascular disease is the leading cause of death and disease burden in Australia.

According to the study authors “while data are still relatively sparse, a number of studies suggest that pulmonary exposure to a range of different inhaled nanoparticles may promote cardiovascular disease.”

The study found that the inhaled nanoparticles moved rapidly into human blood and urine and persisted somewhere in the body for three months. This led the authors to conclude that “a better understanding of how nanomaterials cross physiological barriers, and their fate thereafter, will be vital to allow for a safe-by-design approach for new nanomaterials.”

At its most basic level, this study confirms that the fate of nanoparticles following human exposure is “largely unknown.” Translocation, particularly as a function of particle size, raises significant questions not only regarding the inhalation of nanoparticles but also regarding ingestion through foods and skin exposure through cosmetics.

The authors also noted that – since they used inert gold nanoparticles in the study – inferences could not be drawn regarding how more chemically or biologically active nanoparticles may contribute to heart and other diseases.

As the study authors point out, if nanoparticles accumulate in areas of inflammation elsewhere in the body, this could have important implications for other diseases as well as the potential for particles to cross the placental barrier during pregnancy.

The study provides a stark reminder of the inadequate response of our regulators to the growing evidence of nanomaterial toxicity. Why is it that the market is awash in products containing nanoparticles yet so little has been done by the regulators responsible for protecting our health and that of the environment.

There are at least seven regulatory agencies in Australia with the responsibility for regulating nanomaterials.[i] Not one of them has been pro-active or precautionary when it comes to regulating the risks posed by nanomaterials. Instead, they facilitate business and shield corporate interests from responsibility.