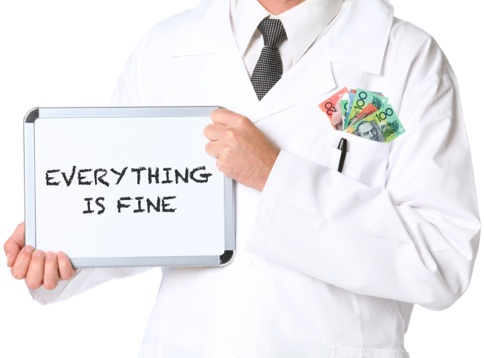 There is a part of the University of Queensland’s (UQ) history that is the stuff of a thriller novel. It is well known the Mayne family bequeathed land where the UQ St Lucia campus now sits, and that the family continues to regularly donate to the University, with the family trust providing $20 million alone to the University between 2000 and 2010.

While the Mayne family was one of the richest families in Brisbane’s early settlement period, a shadow is cast over the source of their wealth. On his deathbed, the successful businessman Patrick Mayne confessed to the robbery and murder of Robert Cox, a crime for which an innocent man was charged and hanged. As a way of making good for this tragic injustice, and Patrick’s guilt, his children went on to establish generous philanthropic endeavours, from which UQ has significantly benefitted.

While this tale is a unique part of UQ’s history, what is commonly shared with other Australian universities is the extent to which private donations, alongside corporate and industry investment, make a significant contribution to infrastructure, research and development budgets.

But what does this nexus of public and private interests mean for the independence and integrity of research and teaching at Australian universities, especially in instances where collaborations are with controversial industries and sectors such as mining, biotechnology and nanotechnology? And what might it mean at a ‘Group of Eight’ university like UQ, where industry investment is especially pronounced?

For example, in 2011, UQ generated an annual research income from industry of $87 million, second only to the University of Sydney.

This trend towards private investment in universities is backed by the Government’s endorsement of public/private collaborations. In the 2009 Powering Ideas report the then Department of Innovation, Industry, Science and Research committed to doubling the level of collaboration between Australian universities and businesses over the next decade. UQ’s Vice Chancellor Professor Peter Hoj has also declared the success of academic institutions in the 21st century will rely on the old adage “‘publish or perish’ (being) replaced by ‘partner or perish'”.

Hoj appears to be suggesting “success” will be measured by an institution’s ability to build strategic alliances with private investors. If this is the new measure of success, then UQ, like many other Universities, is flourishing! Australian universities have experienced a downturn in public funding since at least the 1980s as part of neoliberal reforms that have driven privatisation across many sectors. Continuing during the Howard era, government funding for the tertiary sector was further whittled away, a path that is set to continue under the Abbott Government.

Since late 2013 when Abbott took office, we have seen the withdrawal of government funding for research generally, including cuts to the Commonwealth Scientific and Industrial Research Organisation (CSIRO), as well as the decline in climate change and other research that might be seen as out of step with the current government’s mandate. The recently announced 2014 budget specifically targeted the Australian Research Council − a vital funding pool for academic researchers − cutting $74.9 million over the next three years.

While the Abbott Government describes its education budget as delivering institutional freedom, creating the conditions for education ‘diversity and innovation,’ as well as better equipping universities to flexibly respond to student needs, the reality is that the culture of public austerity extends and invites opportunities for private sector participation in universities.

The private sector steps in

As the value of private sector university investment expands, and private investors move from the status of ‘donors’ to ‘research partners and/or collaborators’, how can we ensure universities maintain independence and integrity as ‘public good’, rather than ‘vested interest’ or ‘highest bidder’ research and teaching institutions?

In seeking to manage such issues, UQ has recently revised its Code of Conduct and Conflict of Interest Policy. But questions remain about how effective such codes and policies are. While there are undoubtedly examples of private investments into both physical and social sciences research that have delivered public good outcomes, a number also raise serious questions regarding independence, integrity and ethics.

Some notable examples include the University’s Sustainable Mineral Institute (SMI). This received around $27.5 million (58% of its total budget) from industry funds in 2011 alone − including mining giants Rio Tinto, Xstrata and Anglo American. In 2012, the SMI established the Centre for Coal Seam Gas, with funding in the order of $3 million, for five years, from three of the largest CSG companies operating in Australia − the Queensland Gas Company, Arrow Energy and Santos.

At a ‘public event’ organised by the Centre, and intended to seek UQ community feedback and input on its research activities, the Centre Director explained that rather than shying away from the CSG industry by sitting as an “observer”, UQ’s Centre for Coal Seam Gas was “taking a position”, by engaging in research collaborations with large industry stakeholders.

But just what position is the Centre taking? And to what extent might funding impact upon Centre researchers’ autonomy in research design and communication of findings that may be negative for the commercial interests of the industry? For example, are researchers able to ask the difficult and critical questions in the public interest about the health and environmental impacts of coal seam gas, as well as the full lifecycle impacts associated with the CSG industry?

In recent years, UQ also initiated a collaborative venture worth $10 million with Dow Chemical to establish the Dow Centre for Sustainable Engineering Innovation. While the Centre has a stated aim to “pursue an imaginative program of research and collaboration aimed at harnessing solutions designed to confront the big sustainability challenges of the 21st Century”, the company’s history in chemical manufacturing − including for use in agriculture and war − has left an environmental and public health legacy that raises questions about Dow’s commitment to sustainability. It also bears considering what UQ’s association with Dow might mean for the University’s reputation..

UQ’s Australian Institute for Bioengineering and Nanotechnology (AIBN) appears a consummate example of the “partner or perish” model for research that is being framed as the future for the University. Its website and annual reports articulate a clear and resounding commitment to research excellence that is industry focused, and to the generation of research outcomes that can translate into commercial products that support industry expansion.

To date they have been highly successful in the pursuit of these goals, with four start-up companies directly building on research outcomes from the Institute. The AIBN is engaged in work across four areas: health, energy, manufacturing and sustainability. The scale and scope of its research projects are impressive, with 45 projects listed across these four areas. The majority of these projects appear to focus on nanomaterials (they list 27 projects) and nanobiotechnology (22 listed projects).

There are a number of aspects related to the organisation and management of the AIBN that demonstrate its strategic commitment to commercialisation and industry engagement. The Institute has established direct and formal links with many industry collaborators. To do this, the AIBN seeks private funding via its ‘Industrial Affiliates Program’ − with a three-tiered members scheme that ranges in annual fees from $1,500 to its ‘premier’ membership priced at $30,000 per annum. Members include Dow, PharmaSynth and Unilever.

With so-called ‘customised access packages’, industry partners are offered special access to academic staff, and are able to nominate qualified people to join as official Affiliates of the University. In this partnering up, not only do public/private collaborations form, but there is also a blurring of boundaries between each of these interests, as ‘premier’ members establish official links with the University. What does this consolidation mean, exactly? For example, what rights and privileges does access afford industry Affiliates, including their influence in shaping the kinds of research scholars do, and the communication (or withholding) of research outcomes?

Given the highly controversial nature of some biotechnology and nanotechnology research − raising as it can profound social, environmental, ethical and economic questions − transparency and openness about the form and impacts of these partnerships is important. Industry interests are also present on the Board of the AIBN.

For example, members of the seven person board have held positions with Herron Pharmaceuticals, Johnson and Johnson, Eli Lily, BP and the Australian Food and Grocery Council. The board also includes the founder of the Australian Biotechnology Association and has a broad ambit. This includes providing direction on Institute governance, assessing future funding opportunities and research commercialisation pathways, as well as growth strategies for the Institute.

To what extent do board members’ ties with industry and sectoral interests inform these responsibilities, and do these ties present a potential conflict of interest, and if so how are these managed? Given this strong commitment to commercialisation and industry engagement, what scope is there for researchers at the AIBN to engage in research oriented towards health, environmental and social issues related to biotechnology and nanotechnology that may not be immediately commercially attractive? And is there room − and financial support − for social and ethical research that might increase our understandings of the impacts of these new technologies?

Four start-up companies have directly emerged from the activities of the Institute; Vaxxas, TenasiTech, Pepfactants and ACYTE Biotech. ACYTE is engaged in the development and commercialisation of cell cultures from Chinese hamster ovary cells for use in drug development studies and the generation of cell lines for therapeutic uses. It was started by the AIBN Director, Professor Peter Gray, and is run by a board of directors representing shareholders; including UQ, and founders and inventors of the technology held by the company.

Let’s make sure we’ve all got that. The founding director of this company also directs the AIBN. This arrangement represents a convergence of public and private sector interests, raising questions about the types of research to which scholars might be driven to engage. For example, would this now or into the future, drive academics to engage in research and development in fields oriented towards the production of knowledge that is commercially viable? What might be some of the broad and long term impacts of this trend?

Independence and integrity must be central to controversial scientific research

Ensuring scholarly and institutional independence and integrity must be central to research and development, especially in controversial fields such as mining, biotechnology and nanotechnology. Such principles will be vital to ensure new knowledge generation can assist in planning for a sustainable future, including managing the risks associated with new technologies, alongside broader community hopes and aspirations related to science and technological innovation.

While ‘partner or perish’ might be the mantra for universities of the 21st century, more critical discussion − both within and beyond universities − is required, about what these alliances might mean for the types of research they drive, and how we can ensure there remains a strong place for ‘public good’ research and development, regardless of how it is funded.

There is an urgent need to shine a light into the dark corners of private/public funding arrangements and their impacts on university research. Open and transparent governance of research centres and institutions, as well as ensuring independent impact assessment and broad public debates, will all be required to ensure the private research funding model is able to support ‘public good’ research. Like the Mayne family, all universities, including the University of Queensland, need to come to terms with the sources of their wealth, and the implications that come with that.

Kristen Lyons is an Associate Professor of Sociology at the University of Queensland.