Permanently changing a species: What could go wrong? 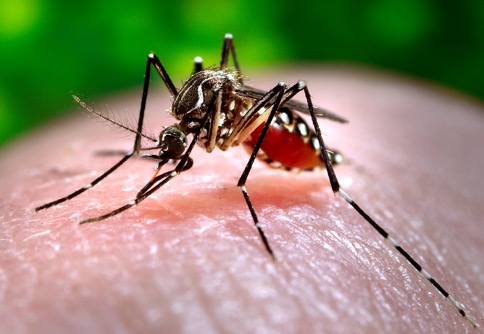 No commercial or environmental release of gene drives, says Friends of the Earth.

The National Academies of Sciences has released a new report, which calls for robust safety assessments for “gene drive modified organisms.” The NAS says the controversial new genetic engineering technology is not ready for release into the environment.

These genetic engineering technologies under development go far beyond genetic engineering as we’ve seen it, and raise threats to food security, biodiversity and human safety. The NAS describes gene drives as “stimulating biased inheritance of particular genes to alter entire populations.” In other words, gene drives force a genetically engineered trait to be expressed in every single generation, driving engineered traits through an entire species to permanently change it or cause it to go extinct.

What could possibly go wrong?

While the NAS report offers thoughtful insights and useful warnings about gene drives, it falls far short of offering a blueprint for responsible governance to ensure that the technology will not be used for hostile purposes, reckless corporate profit or at the expense of health and the environment.

There is only one responsible path forward for gene drives — we need a moratorium on commercial or environmental releases of this technology. There must be strong and clear international regulations and oversight. We must ensure that corporations and governments (particularly militaries) are not developing gene drives and cannot misuse this technology in ways that could have profound ecological, health or socio-economic impacts. There must be strict regulations on lab research, especially given the risk of accidental escape of gene drive organisms, even from high security labs.

Gene drives are a brand new technology, with the first example of a working gene drive announced in January 2015. Development is racing forward, however, to date, there are no environmental assessments of gene drives. Although there are no scheduled environmental or commercial releases yet, the push for development, commercialization and intellectual property rights is moving fast. Already researchers and investors are proposing releases of gene drives in the U.S., in Hawaii (in mosquitoes) and Nantucket (in mice), absent of conversation about alternatives, less risky and more vetted conservation and health strategies.

The NAS report notes that public engagement is important, but the issue of gene drives goes far beyond public dialogue or notification. The morals and ethics of reengineering life in this way must be at the forefront of creating strict regulatory frameworks that will ensure strong global governance to prevent hostile or dangerous misuse.

We aren’t talking about manipulating nature with conventional breeding. Gene drives allow biotech companies to engineer and manipulate life in ways that traditional breeding never could or will do. As discussed in the report, gene drives could be released into wild pigweed, for example, to make all pigweed more susceptible to man-made herbicides like RoundUp, or to exterminate pigweed populations altogether, with little understanding of the broader implications.

How is the technology most likely to be used? Although public discussion has focused mostly on the potential for reengineering insects to not carry disease, funding of the NAS report by the Defense Advanced Research Projects Agency and the Gates Foundation indicates the interest for military use and agricultural purposes.

Gene drives raise many ethical, environmental and moral concerns. Below are a few:

Gene drives present more extreme risks than previous forms of genetic engineering; the technology is designed to spread through generations of species and would be irreversible. Given there have been no environmental assessments or even an understanding of how gene drives would actually work (or if they would work), it is also critical to avoid a patchwork of overlapping regulations and agencies which already have large gaps of oversight. Instead there must be clearly delineated international regulations that prioritize protection of the environment, food security and people first. Only after these regulations are firmly in place should we assess IF processes for independent scientific assessment, regulatory oversight and commercial control can protect people and the planet.

The first step we must take is a moratorium on commercialization and environmental releases of gene drive modified organisms.

This is not an issue for the U.S. to determine on its own. In the same way that international bodies like the United Nations govern nuclear materials, decisions about how and if to use gene drives should be housed with a neutral body, not a military or profit-driven company.

In December 2016, 194 countries party to the Convention on Biodiversity will be making decisions about how to address synthetic biology, including gene drives. This meeting should result in an international regulatory framework and processes to assess new developments like gene drives, and the potential environmental, health, and socio-economic impacts that synthetic biology developments could have. Given the implications for military use and bioweapons, the United Nations Environmental Modification Convention treaty (ENMOD) and the Biological Weapons Convention are also important venues to look at how to regulate gene drives.

We cannot afford to experiment with gene drives that have the potential to be gene bombs without fully understanding the long-term impacts on our health, the environment and livelihoods.

Dana Perls is the Food and Technology campaigner with Friends of the Earth US.

This article was originally published at Medium.com.