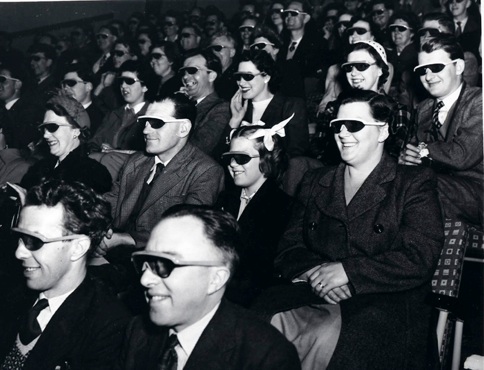 Nanotechnology marks one of the first times where ‘upstream engagement’ has become a central part of government technology policy in many OECD countries, including Australia. Joly and Kaufmann define public engagement as “a form of two-way communication between the public and those who have knowledge of, or power over, the particular issues at stake”. Yet the extent to which government-backed engagement can be seen to support two-way communication or to give wider publics a greater voice in decision-making has been contested, including in relation to the Australian National Enabling Technologies Strategy 2009-2013 (NETS).

Greater public involvement in science decision making has been called for a range of reasons: to open up decision making processes to people who are affected by them; to improve the quality of knowledge and decision making − especially in conditions of scientific uncertainty; and to boost the perceived legitimacy of assessment and regulatory processes. These goals can in principle support a greater democratisation of science. Yet it’s also true that engagement can serve narrow political aims. Many governments’ nanotechnology engagement programs have had the stated objective of promoting public acceptance of both publicly funded investment in the new field, and its commercialisation.

In Australia, government-backed ‘awareness’ and ‘engagement’ activities on nanotechnology formed a central part of NETS. A full quarter of the $38.2 million budget went to the Public Awareness and Community Engagement (PACE) wing of NETS. NETS-PACE activities included public meetings, invitation-only workshops, school educational materials, opinion surveys, focus groups, Avant card campaigns, newspaper inserts, web-based initiatives, and the publication of fact sheets and booklets. Sometimes the wider community was the focus of the engagement, other times the engagement was promoted as a dialogue for government, industry, research and community ‘stakeholders’.

The turn towards public engagement is usually contrasted with the ‘deficit model’ of the public understanding of science that preceded it. The deficit model suggests that whereas experts understand the ‘reality’ of scientific risks, public perceptions of risks often result from public irrationality, or ignorance of the scientific ‘facts’. The deficit model assumes that public unease or ambivalence about the development and deployment of science and technology can be overcome through greater public ‘education’.

In social science circles, the deficit model has been widely discredited; it is now recognised that expert knowledge is both fallible and affected by social judgments, and that lay knowledge also has value. Public concerns about science and technology oversight are seen to reflect not ignorance of scientific ‘facts’, or even a preoccupation with safety risks, but rather concerns around the purposes of development, alternatives and the availability of choice, and the trustworthiness of scientific institutions. Nonetheless, the deficit model has staying power in parts of the science community and in government.

Traces of the deficit model were clearly apparent in the NETS-PACE program. Some NETS documents suggested that whereas the Strategy would have an educational focus, it would also support two-way dialogue. Yet a discussion paper issued to support the Strategy emphasised the dominant role to be held by technical experts and regulators, and the intended one-way flow of information: “the Public Awareness and Community Engagement Program would have a clearly defined goal of providing balanced and factual information to support evidence-based policy and regulatory practice, and to increase community awareness and understanding of nanotechnology and biotechnology issues”.

Whereas the ‘participatory turn’ of recent science and technology policy debates has been heralded as an important, if rhetorical, shift in the relationship between science and society and the rationale for science governance, there is ongoing debate about the extent to which it offers meaningful opportunities for public involvement. Kearnes and Wynne have suggested that the institutionalisation of engagement may be introducing a new deficit model, where the deficit to be overcome through engagement is now that of trust in experts and in science governance, or even of enthusiasm for technology itself.

In nanotechnology debates and engagement events supported by NETS-PACE, there was a persistent failure of scientiﬁc and policy institutions to recognise that their own cultures, assumptions, purposes, practices and inconsistencies may contribute to public mistrust. There was a strong focus on ‘the science’ in regulatory debate, and little willingness to recognise the political choices at the heart of nanotechnology decision-making. Despite stated commitments to ‘dialogue’ between science and society, NETS engagement events and materials often constructed the public as ‘consumers’, while shielding ‘scientific experts’ from having to examine how politics and value judgments shaped their own work.

The engagement activities that took place under NETS and earlier programs have been criticised by some social scientists and community groups as tokenistic and even manipulative. Lyons and Whelan evaluated government-backed public engagement on nanotechnology and concluded that it was designed to facilitate, legitimate and accelerate the development of the nanotechnology sector. An independent evaluation of materials produced by NETS-PACE, and a series of events NETS organised, found that many materials were biased or promotional in tone. Inaccuracies were also found in several materials. The review was more complimentary about the (now terminated) NETS Science and Technology Engagement Pathways (STEP) framework, which was then in its early stages.

The STEP framework explicitly aimed to create a space for multi-stakeholder dialogue, underpinned by seven jointly agreed engagement principles. The framework won an award for its organisation, despite criticism from participating community sector organisations. Nonetheless, as with engagement activities elsewhere, STEP was constrained by the political program and circumstances it operated within. There was little apparent high-level political interest and no indication that the output of STEP dialogues would shape the objectives or actions of the government.

A key criticism of state-backed engagement initiatives has been their lack of connection to the decision-making process. There are rarely − if at all − explicit links between public engagement and decision-making within government, industry or the scientific community. Yet Andy Stirling stresses that technological change and decision making is diffuse, and that a focus on engagement informing formal decision points may be misguided: “important political choices over alternative directions for innovation are made at every juncture”. Similarly, Brice Laurent suggests that we should consider “within the same analytic gaze” initiatives routinely considered as participatory or engagement-based (e.g. public meetings or debates) alongside those that are typically not (e.g. technical standards development or commercial grant giving) and to “make explicit the political constructions they enact”. Why simply focus on what goes on in the room when we’re supposed to be ‘engaging’, rather than the rest of the time – when routine and arguably higher impact decision-making is taking place?

In an online forum, a former employee of NETS-PACE stated that it should not be too surprising that in the materials and engagement events it produces, the Department of Industry would aim to promote industry objectives. This goes to the heart of the constraints of the NETS-PACE program. The Australian government is a key stakeholder in nanotechnology’s development, and a major funder of research and development activities. In these circumstances (which are typical of government-backed nanotechnology engagement initiatives internationally) the options for opening up the assumptions and commitments of government to critical scrutiny and reframing may be limited.

What potential government-backed engagement programs on science and technology policy have to contribute to greater democracy and social accountability remains an open question. In an optimistic analysis, engagement programs could create the possibility for recognition of alternative sources of knowledge, for fresh critical views to inform science and technology decision-making, and ultimately for the enrichment of scientific culture and the politics with which it is intertwined. Yet that has not been the experience with nanotechnology to date. This reflects not just industry or commercial pressure, but rather the commitment of much of government to a certain vision of technology futures; the interlocking network of interests driving nanotechnology development (industry, research community and government); and the privileging of certain kinds of knowledge and expertise. The ongoing challenge will be to open up for critical scrutiny the politics not just of invited engagement, but also the broader process of science and technology decision-making.

Georgia Miller is a PhD candidate in the School of Humanities, University of New South Wales; and a Visiting Fellow in the Program on Science, Technology and Society at Harvard University. She is a former campaigner with the Friends of the Earth Nanotechnology Project.