Review of nanomaterials in agriculture highlights multiple risks and uncertainties 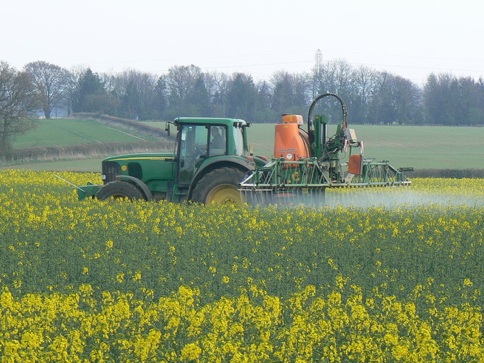 A recent review looking at the interactions between engineered nanomaterials and agricultural crops and the implications for food safety paints a disturbing picture of an industry that may be exposing us to serious health and environmental problems.

The review discusses a range of studies that identify or suggest impacts of engineered nanomaterials (ENMs) on food plants and concludes there are potentially serious implications for food safety and quality.

The review concludes that:

“Many details of ENMs-crop interactions remain poorly understood, including the possibility of ENMs transmission from crops to human beings, cocontamination effects of ENMs with other soil pollutants, the mechanisms in plant uptake and stress response, and environmental factors mediating these interaction processes. With such a limited knowledge in ENMs-crop interactions, the quality, quantity, and safety of food products from ENMs-containing environments are impossible to assess”.

In May 2014 we released Way too little  – a report looking at the use of nanomaterials in food and agriculture. We found that in the agricultural sector it was difficult to determine the extent to which nanomaterials are being used in the production, storage and transport of food.

Once again, regulators must stop sitting on their hands and ignoring the wealth of evidence that justifies immediate intervention.

The review looks at existing literature in four areas:

Exposure of agricultural crops to ENMs

The review finds that ENMs are ‘ubiquitous’ in the environment and that their concentrations are likely to increase, even though actual data measuring concentrations is scarce. Exposure pathways include biosolids applied to agricultural land, direct application in agricultural chemicals, water systems, and airborne nanoparticles. Many of these exposure pathways are poorly understood.

Uptake of ENMs in food plants

There have been a number of studies looking at the uptake of a variety of ENMs in a variety of food plants, including wheat, rice, bitter melon, cucumber, corn, onion, zucchini, tomato, pumpkin, soybean and lettuce.

Uptake may occur via both roots and leaves.  Uptake, transport and distribution within the plan will depend on a host of factors, such as exposure conditions, size, surface charge, affinity to water, surface coating, type of ENMs and the type of plant. This complexity suggests that broad conclusions cannot currently be reached regarding either particular ENMs or specific food crops.

Particle transport and distribution throughout the plant can occur rapidly; in one study ENMs were detected in shoots as soon as 24 h after sunflower, tomato, pea and wheat were exposed to carbon-coated magentic nanoparticles.

Various ENMs have been shown to translocate within stems, leaves, petioles, and fruits of differentcrops.

A critical component of understanding root uptake is understanding ENM interactions with soil. Studies have shown impacts on soil microorganisms and other changes to the composition and activity of soils.

Soil can physically and chemically alter the stability and availability of ENMs to plants. It has also been suggested that ENMs in soil may increase the bioavailability of other soil pollutants, such as metals, organochlorine pesticides and pharmaceuticals.

Transfer of nanomaterials up the food chain

Of particular concern is whether ENMs that are found in the edible and reproductive tissues of food plants, will be passed on to humans following consumption. While studies suggest that bioaccumulation is possible, the review notes that “considerable work in this critical area is needed to enable food safety guidance and policy development”.

A study looking at rice found the transmission of nanomaterials to the progeny through seeds and suggests that ENMs may present a long term chronic exposure hazard.

The impact of ENMs on plants has been widely tested under a variety of exposure scenarios and with a range of effects from subtle changes to changes in morphology and gene expression. While there is some evidence of beneficial effects on crops after exposure to some ENMs, studies to date have shown greater negative effects.   The negative effects include growth inhibition in seeds and seedling stages, oxidative stress, altered photosynthesis and damaged plant transport mechanisms. Genetic damage includes significant alteration of gene expression in the biosynthesis pathways, chromosomal aberrations and multiple chromosomal breaks, some of which were noted in as little as three hours after exposure to ENMs.

Damage from ENMs can also occur without uptake. In one study, multi walled carbon nanotubes  (MWCNTs) adhered (adsorbed) to the root surfaces and pierced the epidermal tissue, causing damage and stress.

The uptake of ENMs in food crops may also have impacts on the nutritional value and yields of food crops.

Several studies suggest that nitrogen fixation in legumes is very sensitive to ENM exposure and that yield may be compromised.

The level of nutrition in crops grown in ENM contaminated soil may be reduced. In one study rice grains harvested from cerium oxide exposed plants had lower iron, prolamin, glutelin, lauric and valeric acid and starch levels. These tests suggest that ENMs could affect food flavour, antioxidant content, and nutrition levels.

As with most of the issues raised in the review, there is insufficient data to arrive at clear conclusions. The problem is exacerbated by poorly developed measurement and detection tools and an ongoing lack of research into the environmental, health and safety issues associated with ENMs.