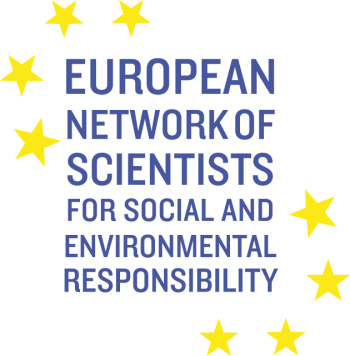 The European Network of Scientists for Social and Environmental Responsibility (ENSSER) has written to all Australian Senators urging them to disallow recent amendments to the Gene Technology Regulations. These allow the release into our environment and food chain of animals, plants and microbes produced using a suite of new genetic modification techniques – with no requirement for safety assessment or traceability. The disallowance motion has been tabled by Greens Senator Janet Rice and will be debated on 13th November.

Take action! Demand all GMOs continue to be assessed for safety

The letter, endorsed by over 20 scientists states that:

“We cannot leave public and environmental safety to the expectations or assumptions of those who alter the genetics of living things and whatever potential hazards they chose to look for. Instead, we need impartial regulators empowered by strong legislation to protect public health and the environment.”

One of the signatories to the letter – geneticist Dr Jonathan Latham from the Bioscience Resource Project said, “It seems to me that the Australian Gene Technology Regulator has seriously misled Australian Parliamentarians into believing this is a trivial and inconsequential change to national regulations when it is far from it.”

Another signatory – Dr Judy Carman, an Epidemiologist and Biochemist from the Institute of Health and Environmental Research (IHER) in Adelaide, said, “Three whole classes of GMOs are being deregulated by the Federal Government, so they will spread through our environment and food supply without any safety assessment. They have no history of safe use.”

Scientists are now admitting that CRISPR is clunky and prone to errors and unintended effects. Yet our Government is deregulating the use of this and other techniques, based on the unfounded assertion that these techniques pose no greater risk than natural breeding.

The recent discovery that cattle gene edited not to grow horns unexpectedly contained bacterial DNA conferring resistance to three different antibiotics makes this position untenable. There is a risk of accidental transgene insertion associated with all gene editing techniques – including those the government is deregulating.

The European Union’s top court ruled recently that new GM techniques such as CRISPR pose similar risks to older GM techniques and need to be assessed for safety in the same way. This ruling is consistent with previous reviews commissioned by the Austrian and Norwegian Governments on this topic.

“The deregulated technologies can be used to produce genetic changes that could never occur in nature. They can be used to make a series of different alterations to the same genes, or changes to many genes simultaneously or one after the other – either in a laboratory or in the open environment – with unknown ecological consequences.”

For this reason, a recent peer reviewed paper concluded that a general assumption that these techniques are safe “lacks a robust scientific basis.”

Take action! Demand all GMOs continue to be assessed for safety