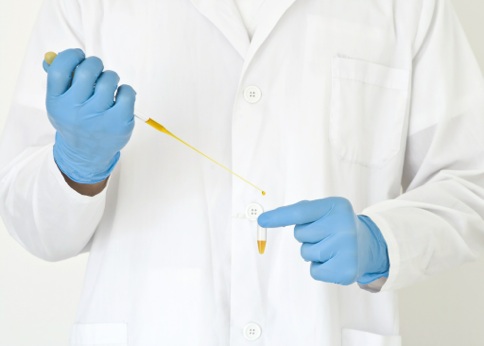 Big agrochemical companies such as Dow, Bayer and Monsanto are experimenting with a range of new genetic engineering (GE) techniques that they misleadingly refer to as ‘New Plant Breeding Techniques’. These are being used to introduce traits such as herbicide and pathogen resistance and changed nutritional properties into commercial crop varieties that will ultimately end up in our food. By arguing that these techniques are precise, just like conventional breeding, and not really genetic engineering at all, these companies are attempting to circumvent regulation, labelling and public opposition.

Sound familiar? Well that’s because it is. These are exactly the same arguments that these companies used to defend GE crops. Only – according to industry – this time it’s actually true. These new GE techniques include cisgenics, zinc-finger nucleases (ZFNs) and CRISPR /Cas9 (1). Much of what has been written on them has been highly technical and fairly impenetrable to the layperson – which is of course exactly the way industry wants to keep it. Where these techniques have received mainstream media attention, unfortunately journalists have largely uncritically parroted industry’s claims that these techniques can be used to precisely edit DNA.

However, you don’t have to delve too deep to find that – as in the case of traditional genetic engineering –industry claims simply don’t stand up to scrutiny. Both ZFNs and CRISPR/Cas9 have been touted as precise gene editing techniques, but scientists have been reporting unexpected effects because the techniques also affect genes other than the target genes.  For example, a recent study found that CRISPR-Cas9 can result in hundreds of unexpected mutations.

CRISPR-Cas9 recently received mainstream media coverage earlier this year when Chinese scientists used the technique to genetically engineer human embryos. The technique didn’t work too well – prompting scientists to call for a moratorium on its use because it’s not safe.  Unfortunately however scientists don’t seem to have similar qualms about conducting uncontrolled experiments with our staple food crops.

So what are our regulators doing?

“The Australian Government, Office of the Gene Technology Regulator (OGTR) has responded to Dow AgroSciences stating that crops developed using EXZACT Delete technology would not contain introduced foreign nucleic acid, once the ZFN genes are no longer present, and would not be considered GMO and not subject to regulation under the Gene Technology Act 2000.”

In 2012 our food regulator Food Standards Australia New Zealand (FSANZ) convened an expert panel – comprised almost entirely of genetic engineers with a vested interest in the technology – to look at whether these new techniques would be considered genetic engineering. The panel concluded that:

This conclusion is in marked contrast to recent research papers on the topic, which have found numerous unintended mutations in organisms modified by ZFN and CRISPR-Cas9.  As one of the researchers investigating these effects in CRISP-Ca9 observes “you only find things where you look for them.”  It also contradicts the definition of gene technology in the Australia New Zealand Food Standards Code. This defines gene technology as “recombinant DNA techniques that alter the heritable genetic material of living cells or organisms.”

GE proponents have also argued that cisgenics – which is genetic engineering where the introduced traits/genetic material are from the same or closely related species pose no greater risks than conventional breeding. However cisgenic techniques allow for genetic material from within the same species to be so significantly rearranged that the result could be genetic constructs and traits equally as foreign as when donor DNA from outside the species is used. As Professor of Genetics and Molecular Biology at Canterbury University, Jack Heinemann, points out:

What kind of food future do we want?

Scientists have observed that some of the adverse effects associated with genetically engineered crops are a result of changed agricultural practices associated with the crop rather than the technology used to produce the crop variety itself.  For example a 2012 study found that herbicide-resistant crop technology has led to a 239,000 tonne increase in herbicide use in the United States between 1996 and 2011.  Herbicide tolerance can also be developed using non-GM techniques – but is this really the path that we want to go down? – not according to the UN.

In 2013 UNCTAD, the UN trade and development body, released a report stating that it is time for Governments from all nations to change their agriculture system before it is too late. The report recommends a shift from monoculture towards greater varieties of crops, reduced use of fertilisers and other inputs, greater support for small-scale farmers, and more locally focused production and consumption of food.

The scientists concerned about human genome editing have called for a ban and an international debate on the issue – including the public as well as experts and academics. Friends of the Earth believes this ban should be extended to the commercialisation and environmental release of all organisms modified using these techniques – until their safety and the ethics of their use can be properly assessed.

We also need a paradigm shift when it comes agriculture in Australia and a move away from the chemical treadmill being foisted on farmers by agrochemical companies such as Bayer, Monsanto and Dow. Ecological farming supports nature and people by protecting the soil, water and climate. It promotes biodiversity, ensures sustainable farming and healthy food for today and in the long-term, and does not contaminate the environment with chemical inputs or genetic engineering. They are not necessary for the growth and sustenance we need. We know what the solutions are. What is the Australian Government waiting for?

A range of new techniques are being used to genetically engineer plants. Here are some of the main ones:

Cell fusion: This involves fusing two cells from separate plants to produce a hybrid cell. It allows the genes from unrelated species to be combined.

Oligo-directed mutagenesis: This involves introducing molecules (oligonucleotides) that are complementary to the DNA and bind to it in all but a single or a few places. These creates sequence mismatches, allowing targeted mutations to be introduced.

Nuclease-mediated site-directed mutagenesis: These techniques use enzymes to cut DNA at specific sites so that genes can be deleted or new genes inserted. These techniques include zinc-finger nucleases (ZFN), transcription activator-like nucleases (TALEN) and CRISPR/Cas nucleases.

Cisgenics and intragenesis: These terms refer to genetic engineering where the introduced traits/genetic material are from the same or closely related species.