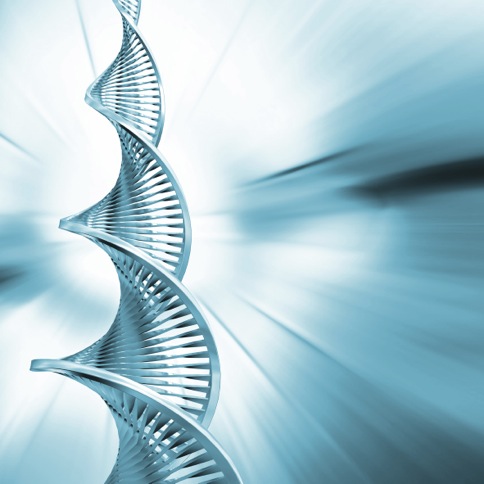 Exactly twenty years ago the first genetically modified (GM) food entered commercial use, sparking massive controversy, trade fights and resistance from farmers, consumers and workers worldwide. Now the biotech industry is poised for a second assault on the food system with a technology platform they are calling ‘Synthetic Biology’, dubbed ‘extreme genetic engineering’ or ‘GMO 2.0’, a new hi-tech means of producing artificial organisms.

The first targets of this new approach are the tropical farmers who grow vanilla, saffron, stevia, cocoa, rubber, coconut and natural food flavorings. Now that industrial machinery can make the parts of life from scratch, synthetic biology standardises and automates the process.

Desktop-sized machines called DNA synthesisers can print-to-order strands of DNA – the so-called instruction code for life. These can then be inserted into yeast, bacteria or algae to instruct the microbes to produce valuable compounds in fermentation vats.

A growing industry of synthetic biologists is now creating genetic ‘programs’ that hijack living cells, turning them into miniature factories. Investors see Synthetic biology as the next big ‘tech’ boom – except that instead of programming websites or smartphones, the bioengineers are programming lifeforms to make food, cosmetics, flavors and fragrances.

Evolva, a Swiss Synthetic biology company, exemplifies this new wave. Evolva have re-engineered brewers yeast so that instead of brewing beer the yeast  produce vanillin – the key flavor compound in vanilla. Evolva have also re-engineered  a yeast that produces the key compounds from saffron and another which produces steviosides, natural sweeteners usually extracted from the Stevia plant. In each case the re-engineered yeast is mixed into vats of sugar to ferment the desired compound.

The Synthetic biology vanillin goes on sale this summer and will be marketed by US-based International Flavors and Fragrances (IFF). The saffron is promised in a few years’ time and the synthetic biology version of stevia should hit the market next year (probably first in Coca-Cola). Evolva also have other synthetic biology ingredients waiting in the wings through deals with major flavor and fragrance firms. Among the compounds they are interested in producing using synthetic biology are chili, ginseng and caffeine.

Other synthetic biology companies such as Solazyme, Allylix and Isobionics are producing replacements for coconut oil, cocoa butter and grapefruit and orange oil – the last two are already on the market. These developments raise significant questions for the farmers and their communities these products aim to replace. Vanilla, for example, is a difficult and time-consuming crop to grow and cure, and Madagascan vanilla farmers – like cocoa producers – are already on the bad end of a long and exploitative commodity chain.

Farmer-grown vanilla already competes with chemically synthesised vanillin. Because Evolva and IFF believe their Vanillin can be labelled as a ‘natural flavor’ on final products (fermentation is legally a ‘natural’ process) this synthetically engineered vanillin will compete directly with botanical vanilla. Saffron is also difficult to harvest. Iranian saffron pickers require 40 hours of labour to manually extract enough for 1 kilogram of saffron. But it is also the world’s most valuable ingredient, an important source of foreign exchange earnings for producer countries and until now has no artificial version to compete with.

Evolva’s Synthetic biology saffron will change that, impacting the livelihoods of saffron growers and pickers everywhere. As with GMOs, many other issues will emerge as synthetic biology becomes more common in the food chain. Environmental and food safety questions are yet to be addressed. IFF, the world’s second largest flavor manufacturer, has been found liable for millions of dollars in damages to workers whose lungs were rapidly destroyed through exposure to the artificial flavoring ingredient diacetyl.

Diacetyl is not a product of synthetic biology, but the “popcorn lung” resulting from diacetyl exposure shows the workplace devastation which inadequately tested and regulated flavorings and ingredients can potentially unleash. Monopoly ownership of synthetic biology technology will further entrench the power of large biotech and food companies, as GM technology has done. Some of these issues will get a hearing this summer as the UN Convention on Biological Diversity (CBD) begins to discuss how to establish international oversight of the field. Already 116 organisations have signed up to a series of principles for the oversight of synthetic biology that include advocating a moratorium on commercial and environmental release of synthetically modified organisms.

A public forum in Berkeley, California on Synthetic Biology, Farmers and Food will be livestreamed at 12.30pm AEST on 1st May – you can watch it here.

This article originally appeared on
The International Union of Food, Agricultural, Hotel, Restaurant, Catering, Tobacco and Allied Workers’ Associations (IUF) website
and has been reproduced with their permission.