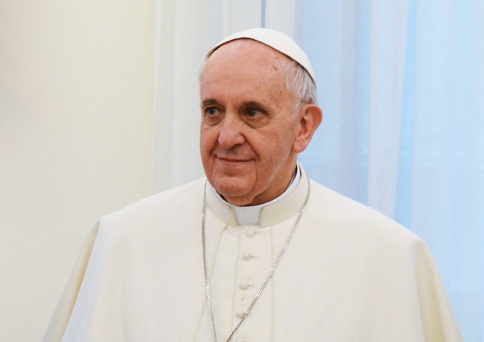 Pope Francis’ Encyclical on the environment – Laudato Si’ – is a powerful piece of doctrine coming from a church with a long and rather uninspiring history when it comes to both social justice and environmental care. Not only is the document a call for action on the environment and issues of social justice, it is also a lengthy and coherent indictment of neoliberalism and extreme capitalism. It recognises that the severe social and environmental problems we face are the result of a global system based on exploitation, infinite growth and profit as the greatest good.

“A sober look at our world shows that the degree of human intervention, often in the service of business interests and consumerism, is actually making our earth less rich and beautiful, ever more limited and grey, even as technological advances and consumer goods continue to abound limitlessly. We seem to think that we can substitute an irreplaceable and irretrievable beauty with something which we have created ourselves” Pope’s encyclical Laudato Si’, paragraph 37

While many commentators have focused on his call for action on climate change, equally compelling and powerfully argued is the Pope’s understanding of what he calls the ‘technocratic paradigm’. As the Pope argues, “To seek only a technical remedy to each environmental problem which comes up is to separate what is in reality interconnected and to mask the true and deepest problems of the global system.”

The Pope clearly rejects the notion of techno fixes and the idea that technologies will miraculously solve ecological problems without the need for ethical consideration by society itself and deep changes to the ways we live (para 60).

He recognises that technology is deeply linked to business interests (para 20) and that technological products are never value neutral and purely instrumental. Instead technologies reflect the ways in which those in positions of power are shaping society – telling us, in effect, what kind of society we want to live in (para 107).

The Pope argues that we have not learned to use our power well (105), but “we can put it at the service of another type of progress, one which is healthier, more human, more social, more integral.” (112)

The Pope rejects the notion that the power to make decisions regarding new technologies legitimately rests in the hands of existing power brokers and argues that power over technology must rest in the hands of all of us.

The Pope calls for proper use of the precautionary principle – where uncertainty means that the balance of proof should shift to those who would act without clear evidence of safety.

He also calls for the proper use of law (para 177) in service of societal and ecological needs. The Pope lauds environmental NGOs and calls for significantly more to be done to prevent the planet from becoming a ‘pile of filth.’

The Encyclical reflects many of the concerns raised by the Emerging Tech Project regarding the failure to adopt a precautionary approach to emerging technologies. The Pope’s words – spoken to over a billion Catholics is a powerful opportunity to push further and faster for radical changes to the way we live and the way we think about technology in our lives. However, it remains to be seen whether these messages will penetrate the current deregulatory fog.

It should be said, however, that the Pope’s position on biotech/genetic modification (starting at para 130) is a bit weaker. He withholds judgement on biotechnology despite the clear evidence that it fits exactly within the technocratic paradigm he so cogently attacks. It is a technology developed and controlled by powerful corporate interests that has not reduced hunger or solved climate change – and is unlikely to.

While the Encyclical is not perfect it is far superior to any analysis coming from our major political parties. One of the ironies of the Encyclical is that the leader of a thoroughly undemocratic church shines a clear light on the parlous state of our democracy and those who claim to be our leaders.