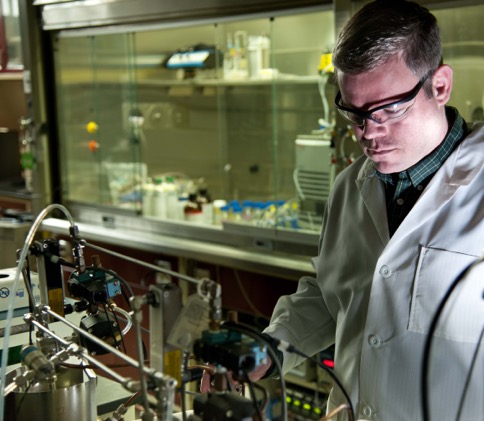 Innovation has long been embraced uncritically in Australia at all levels. Governments embrace innovation with a kind of cargo cult mentality that if one innovates, prosperity will fall from the sky. And we’re at it again. Under the leadership of Malcolm Turnbull, innovation has once again become the buzz word of the moment and once again it is embraced without policy underpinnings except commercial opportunity. Innovation without a focus on the public good is simply yet another subsidy for corporate interests and an incentive to produce, consume and discard more useless stuff. As the Government adverts emphasise: “Australia needs to focus on innovation: turning ideas into successful products.” Innovation in the government’s National Innovation Agenda is repeatedly seen as purely technological and commercial: “Innovation is the output of a strong entrepreneurial culture.”

Elements of this ‘new’ innovation agenda include measures entirely predictable in a neoliberal paradigm – free trade agreements, money for small business, industry growth centres, tax breaks for early stage investors and an entrepreneurs’ program. CSIRO will receive more funding to co-invest in new technologies using CSIRO technology, while the number of climate scientists is reduced. A number of tax breaks for business are outlined that do not even attempt to identify the kinds of innovation that are needed.

Obviously innovation is not inherently good or bad – that judgement depends on the innovation, how it is developed, assessed, and used – and who controls it. However, promoting more consumption hardly qualifies as innovation.

In the world of new and emerging technologies, innovation has a large underbelly. New technologies are taken up first and foremost at a commercial level. Technologies such as nanotechnology or synthetic biology become financial opportunities for entrepreneurial researchers, start-up businesses and large corporate interests, which ultimately take control of the technologies. These technologies are researched, developed and commercialised quickly with little environmental, health and safety (EHS) testing. Often these ‘innovations’ are developed at universities, which are increasingly being forced into corporate partnerships in order to cover funding shortfalls. Universities have, to date, exhibited little understanding of how such partnerships corrupt good science, university independence and integrity; and result in a shift away from basic and urgently needed research into the environmental, health and safety impacts of new technologies.

Manufacturers resist necessary research or regulation as impediments to innovation, making the choice – supported by Government – that unpredicted impacts will be borne by the community. The risk is socialised but the profit is private.

Regulatory agencies such as Food Standards Australia New Zealand (FSANZ) and the Australian Pesticides and Veterinary Medicines Authority (APVMA) are willing as a matter of course to allow products on the market with little or no testing – and certainly no assurance of safety. All in order to satisfy the demands of the market – and the extreme ideology that the market is an ideal self-regulatory system. The APVMA, for example, recently suggested that it is not the role of the regulator to fill in data gaps or insist that manufacturers do so. Instead, the regulator will make a decision as to the safety of a product based on the information in front of it – regardless of how poor or deficient.

Once products are on the market, approvals are rarely reviewed – even as data mounts that the rosy picture painted by companies and regulators isn’t quite accurate.

As if the reality wasn’t bad enough, the media embraces new technologies in Australia with little critical reporting and an almost automatic belief that the promises of innovation – endless and utopian – will be made real. Innovation is really about commerce but is painted as a painless and profitable way to save us from ourselves.

The Turnbull Government’s innovation strategy relies on the same myth that if the market prospers the public will see those benefits flow – or trickle – down to them. Surely, we have moved beyond such simplistic notions of either technology or innovation.

While this innovation strategy includes some important steps, such as encouraging more women to take up maths and science, it is primarily directed towards pushing universities further down the track of corporatisation, commodification and commercialisation. These are all part of the problem not the solution.