Time for a ban on certain sorts of genetic engineering? 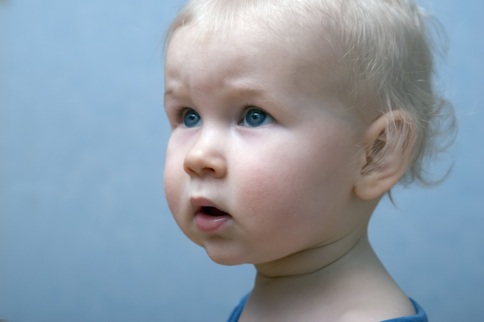 They argue that such research could result in unexpected effects in future generations making them “dangerous and ethically unacceptable”. They also raise concerns that it could result in a slide towards eugenics if people start trying to select for say intelligence and beauty in their offspring. All of the scientists are genetic engineers in the medical field and argue that the potential therapeutic benefits of such research are ’tenuous’. They argue that:

“the precise effects of genetic modification to an embryo may be impossible to know until after birth. Even then, potential problems may not surface for years. Established methods, such as standard prenatal genetic diagnostics or in vitro fertilization (IVF) with the genetic profiling of embryos before implantation, are much better options for parents who both carry the same mutation for a disease.”

The scientists are concerned that the potential backlash when the public finds out that this kind of research is going on could result in far reaching bans that could impact on medical gene therapy research in non-reproductive cells that they believe holds great promise.

Zinc finger nucleases (ZFNs) are basically proteins that can bind to DNA and can be engineered to create breaks in a section of DNA. This potentially allows scientists to ‘knock out’ specific genes, repair mutations or incorporate a new stretch of DNA into a selected location.

It sounds like some kind of fancy deep fat fryer, but CRISPR-Cas9(1)  is actually another so-called gene editing technique. It is based on a bacterial defence against viruses which works by chopping up their DNA. This ability has been harnessed by scientists to select the exact genes they want to modify, create breaks in the DNA, and insert new genes.

Both ZFNs and CRISPR/Cas9 have been touted as a means to precisely modify DNA, but scientists have been reporting unexpected effects because the techniques also affect genes other than the target genes.  A recent study found that CRISPR-Cas9 can result in hundreds of unexpected gene rearrangements on the chromosome.

More worryingly, scientists working with fruit flies have taken the CRISPR-Cas9 technique a step further. They have adapted the technique so that it also edits the genes in subsequent generations – resulting in the desired genes spreading quickly through a population.

Some scientists believe these techniques are extremely promising and are collaborating to create a mosquito equipped with genes designed to block the transmission of malaria and dengue fever—and to quickly spread through a population.

However, George Church, a prominent synthetic biologist at Harvard Medical School in Boston, believes the fruit fly study should not have been published, because it does not include measures to restrain the spread of unintended mutations. “It is a step too far,” he says.

What are our regulators doing?

Most alarmingly of all it appears that these techniques are not and – on current course – may not be regulated in Australia. Furthermore, genetic engineers are attempting to use these techniques to bypass the existing regulation of genetically modified organisms (GMOs). On its website dedicated to ZFN techniques (which it dubs “EzxactPrecision” technology), Dow claims:

“The Australian Government, Office of the Gene Technology Regulator (OGTR) has responded to Dow AgroSciences stating that crops developed using EXZACT Delete technology would not contain introduced foreign nucleic acid, once the ZFN genes are no longer present, and would not be considered GMO and not subject to regulation under the Gene Technology Act 2000.”

A 2012 report of workshop held by the EU Joint Research Centre notes:

The Office of the Gene Technology Regulator has given advice on a few occasions on the interpretation of legislative provisions relevant to NPBTs [novel plant breeding techniques]. This advice has been given in response to specific questions, usually from researchers, and has not been made public. It is likely that use of the ZFN-1 technique, applied to achieve a deletion in the genome, would not result in the crops being regarded as GMOs.

In 2012 our food regulator Food Standards Australia New Zealand (FSANZ) convened an expert panel – comprised almost entirely of genetic engineers with a vested interest in the technology – to look at whether these new techniques would be considered genetic engineering. The panel concluded that:

This conclusion is in marked contrast to recent research papers on the topic, which have found numerous unintended mutations in organisms modified by ZFN and CRISPR-Cas9.  As one of the researchers investigating these effects in CRISP-Ca9 observes “you only find things where you look for them.”

The scientists concerned about human genome editing have called for a ban and an international debate on the issue – including the public as well as experts and academics. Friends of the Earth believes this ban should be extended to the commercialisation and environmental release of all organisms modified using these techniques – until their safety and the ethics of their use can be properly assessed.