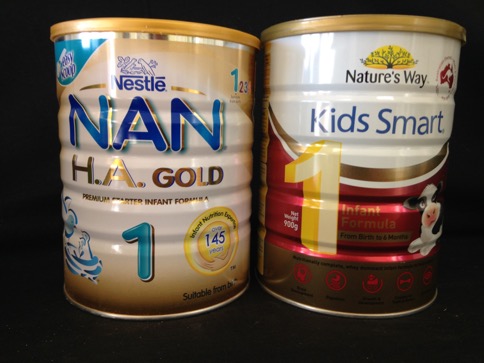 Friends of the Earth has called on the Assistant Minister for Health David Gillespie to intervene after our food regulator Food Standards Australia New Zealand (FSANZ) revealed yesterday that it would take no action to remove infant formula products containing illegal and potentially dangerous nanoparticles from supermarket shelves.

When Friends of the Earth raised concerns last year that illegal nano-ingredients could be being used in baby formula, FSANZ stated that they weren’t permitted in baby formula. And now that we’ve found them in use, FSANZ has pulled down this statement and replaced it with a statement claiming these ingredients are safe – despite having conducted no safety assessments.

By turning a blind eye to the use of these ingredients in baby formula FSANZ is in clear breach of its own regulations and the guidelines set by the Food Regulation Ministerial Council. These require pre-market assessment for any substance that doesn’t have a history of safe use in baby formula.

The Food Code explicitly prohibits the use of nutritive substances in baby formula unless they are expressly permitted. No nano forms of hydroxyapatite, calcite, or silica have been authorised for use in Australia.

Two of these samples, Nestle NAN H.A. Gold 1 and Nature’s Way Kids Smart 1, were found to contain a needle like form of hydroxyapatite. The European Commission’s Scientific Committee on Consumer Safety (SCCS) has concluded that this form of nano-hydroxyapatite should not be permitted in oral products such as toothpaste and mouthwash because of its potential toxicity.

If it’s dangerous in toothpaste, it should certainly not be in infant formula.

FSANZ’s own regulations don’t permit any of these ingredients in baby food and for good reason. Babies are particularly vulnerable to food safety risks since their immune systems are still developing. Often infant formula is the only food an infant receives.

Simply claiming that everything is fine without testing, surveillance or monitoring is not good enough.

Dr Gillesipe needs to urgently intervene and to hold FSANZ to account for putting industry profit above the health of our babies.

It is clear that there is a systemic problem with FSANZ. The agency is deeply compromised by its close relations with big food multinationals. It consistently refuses to regulate, ignores legitimate health concerns and won’t act for the public good except in the most extreme cases. The agency needs to be fully investigated and overhauled.

For more information read Friends of the Earth’s briefing on the test results.