US groups sue the EPA for failing to regulate nano-silver 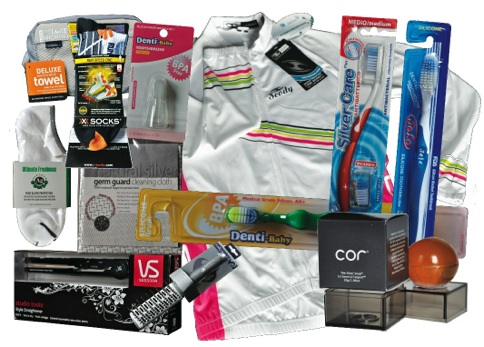 While exasperation grows in Australia with regulators who don’t regulate, unfortunately it appears that regulatory paralysis is not a problem confined to Australia.

The US Environmental Protection Agency (EPA) has declared silver a pesticide. In 2008 the International Center for Technology Assessment issued the EPA with a legal petition requesting that they also declare nano-silver a pesticide and begin to register and regulate the proliferating number of consumer products containing nano-silver.

Although the EPA ultimately acknowledged that nano-silver was a pesticide nothing happened. So, almost seven years later the EPA is being taken to court by the Center for Food Safety (CFS) and other non-profits,  who are calling for an immediate assessment of the adverse impacts of nano-silver, including the impacts on children.

The complaint then outlines the growing body of potential health and environmental impacts associated with the unregulated use of nano-silver. It notes the ease with which nano sized particles can pass through the human body – through cell walls, cell tissue and organs, potentially interfering with cell function and damaging DNA.  Studies also show that nano-silver may accumulate in soil and is toxic to aquatic organisms.

Critically, the organisations note that the effect of nano-silver cannot be reasonably predicted based on comparisons to bulk silver  nor is it sufficiently studied to permit understanding of its carcinogenicity, reproductive toxicity, genotoxicity, neurotoxicity, developmental toxicity, endocrine activity, systemic toxicity and effects on organs.  In vitro studies demonstrate that nano-silver is toxic to mammalian liver cells, stem cells and even brain cells. A large number of studies show that nano-silver causes abnormalities in basic cell function.

Nano-silver is already entering the environment through a variety of pathways. Many nano-silver products are in “free” particle form (such as creams, lotions, and sprays) and will invariably end up in the environment. Some will release nano-silver particles whilst in use e.g. during washing. A number of studies show that consumer products, including textiles and plastics, can shed nanosilver particles. In fact, these particles have been detected in wastewater and sewage sludge. Other nano-silver products will be disposed of in waste streams at the end of their lives.

Once in the food chain, little is known of its behaviour or impacts, but the widespread use and environmental release of nano-silver leads the organisations to conclude that nano-silver is increasingly likely to affect threatened species and habitats.

What is known of nano-silver suggests a precautionary approach is necessary  – as do the key gaps in our knowledge. However, instead regulators appear to be using lack of knowledge as an excuse for inaction.

Again and again, regulators become, through their silence, the de facto advocates for those corporations for whom risks to human health are just a cost of doing business, not a threat to be avoided.