FSANZ has its head in the sand regarding nanoparticles in food 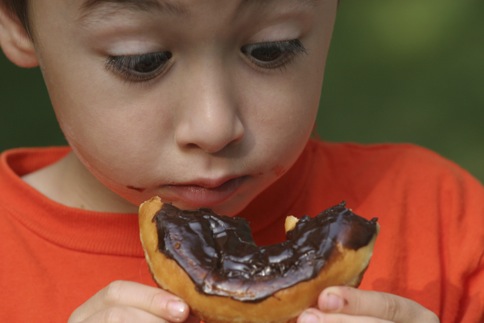 Following Friends of the Earth’s revelations that potential harmful nanoparticles of titanium dioxide (TiO2) and silica (SiO2) in a range of food products our food regulator Food Standards Australia New Zealand (FSANZ) has issued a statement in response. This is an extraordinary mix of lies and elaborate evasions and demonstrates once again that FSANZ is putting industry profits before our safety.

Here is our response to FSANZ’s claims:

FSANZ claims that it “and other international food regulatory agencies have not identified any health effect known to be associated with the use of nanoparticles of titanium dioxide and silica, following oral ingestion in foods.”

There is a substantial body of peer-reviewed evidence indicating potential health concerns with the ingestion of nanoparticles of silica and titanium dioxide. Animal studies of nano titanium dioxide show it can damage DNA, disrupt cell function, interfere with the immune system, cross the intestinal tract and cause organ damage.

The European Commission’s Scientific Committee on Consumer Safety (SCCS) found evidence that nano silica can damage DNA. They concluded that the data was so inadequate that  no conclusion of safety could be made.

There is no direct evidence of human harm because such studies haven’t been done. FSANZ has claimed for years there is no evidence of nanoparticles in food – meaning, quite clearly, they couldn’t identify any health effects from the direct human ingestion of nanoparticles because they haven’t known we’ve been eating them.

FSANZ claims that it would assess foods if potentially unsafe.

Based on the peer-reviewed literature there is no doubt that both nano titanium dioxide and nano silica could be considered ‘potentially unsafe’.

FSANZ indicates that if there are any safety concerns regarding such additives to food, food manufacturers are supposed to apply to FSANZ for approval.

This hasn’t occurred because FSANZ has done nothing to ensure that manufacturers comply with the law.

FSANZ consistently relies on a claim of ‘no evidence of harm’

This isn’t the standard FSANZ should be working to. If you close your eyes and stick your head in the sand you won’t see evidence of harm. It tells us nothing. Instead FSANZ must be able to demonstrate safety – and the agency cannot do that with either nano-silica or nano titanium dioxide.

FSANZ is still insisting that there isn’t evidence to justify testing for the broad presence of nanoparticles  in our food supply.

What more evidence do they need? All 14 products tested contained high proportions of nanoparticles. This is compelling evidence of the widespread presence of nanoparticles in our food and FSANZ continues to insist it doesn’t need to act.

FSANZ maintains it is studying the problem and reviewing information regarding nanoparticles in food.

However the agency is allowing the rapid commercialisation of food products containing nanoparticles with no oversight, no testing, no approvals and no labelling while they figure out if this is a problem – a business first, not a safety first approach.

This  statement is disingenuous. Titanium dioxide and silica have been used in food – but nano titanium dioxide and nano silica have not. And FSANZ knows full well that these are different particles that behave differently and carry very different risks. FSANZ’s sister agency the Australian Pesticide and Veterinary Medicines Authority (APVMA) stated this year that there is “general consensus that as a result of an increased surface area, altered surface chemistry and increased potential for dissolution, there is a potential for nanoparticles to exhibit a toxicity profile that deviates from that of conventional materials of the same composition.” FSANZ cannot rely on studies looking at bulk titanium dioxide and silica to infer the safety of the nano forms of these chemicals.

FSANZ also suggests that the presence of nanoparticles in the foods we tested is incidental.

100% of the silica particles were nano in every product we tested. The percentages of particles of titanium dioxide that were nano ranged from around 10% to 50%. These are not incidental quantities but clear evidence that the particles were intentionally manufactured at the nanoscale.

FSANZ notes that it has amended its handbook to require information on nanomaterials if they are being used in food.

What the agency doesn’t say is that it doesn’t do anything to ensure that companies using nanoparticles in food apply for approval, so the Handbook requirements are completely ignored.