FSANZ takes no action on nanoparticles in baby formula 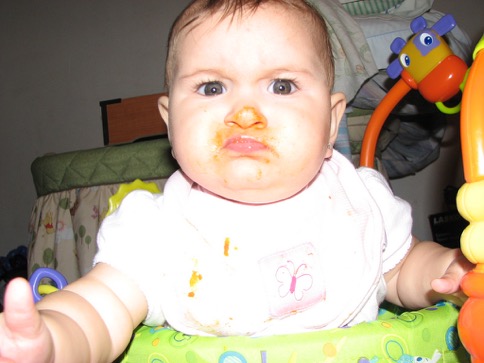 Recent independent testing found risky nanoparticles deemed unsafe for use in toothpaste in baby formula available online in Australia. In response, Friends of the Earth is calling for an urgent recall of any baby formula containing these nanoparticles until safety testing is undertaken.

So what has our regulator Food Standards Australia New Zealand (FSANZ) done about it? Unfortunately, precious little it would appear. In it’s response to our concerns FSANZ has stated that none of these nano-ingredients are permitted in baby formula sold in Australia and that none of the brands tested are available for retail sale in Australia. This is clearly not true. All the brands tested are available online.

In other words, Friends of the Earth has identified 6 brands containing prohibited substances being sold in Australia, and FSANZ’s response is to accuse Friends of the Earth of raising unnecessary concerns and to trumpet the strictness of its standards. Ensuring that these prohibited substances in baby formula aren’t available for purchase in Australia is not part of the FSANZ response.

It’s an extraordinary response from our regulator. Rather than acting to correct a breach of their laws, which they failed to detect in the first place, they attack the messenger.

Furthermore, FSANZ has attempted to wash its hands of any responsibility by claiming that the states are responsible for the enforcement of the Food Standards Code. However, in the case of imported goods FSANZ is responsible for providing risk assessment advice to the Department of Agriculture and Water Resources. The agency is also responsible for coordinating food recalls.

The inaction of FSANZ is particularly concerning because of the health concerns relating to all three of the nano-ingredients detected.

The European Commission’s Scientific Committee on Consumer Safety (SCCS) concluded in 2015 that the needle-like form of nano hydroxyapatite found in three of the baby formula samples – which is similar in shape to asbestos – is potentially toxic and should not be used in toothpaste.

If it’s not safe for use in toothpaste, it’s certainly not safe in baby formula.

The scientists from Arizona State University who conducted the testing stated that several of the baby formulas tested likely contained nano titanium dioxide and silica. Animal studies of nano titanium dioxide show it can damage DNA, disrupt cell function, interfere with the immune system, cross the intestinal tract and cause organ damage. The SCCS found evidence that nano silica can damage DNA and stated that no conclusion of safety can be made.

FSANZ cannot blame the states for the lack of enforcement of its Standards. If imported foods are breaching national laws, then FSANZ needs to take the lead in ensuring that these breaches are addressed. In particular, online retailers need to remove these products from sale until they can be assessed for safety.

FSANZ’s hands-off approach to food safety raises legitimate fears that other baby formulas sold in Australia could contain these prohibited substances as well. Friends of the Earth is urging the regulator to immediate establish whether these ingredients are being used in Australian baby formula brands.

If FSANZ does not ensure its own laws and regulations are enforced, then they have little purpose – except to deceive the public.