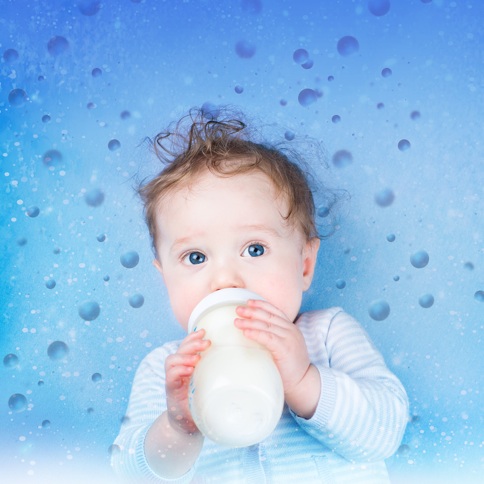 Independent testing commissioned by Friends of the Earth has found nanoparticles in popular Australian infant formula products that are both illegal in Australia and potentially dangerous. Three of the seven samples tested contained nano-hydroxyapatite particles. Nano-hydroxyapatite has been found to cause cell death in the liver and kidneys of rats and is prohibited from use in infant formula in Australia in any form.

Friends of the Earth are calling for an immediate recall of all affected brands – and for our food regulator – Food Standards Australia New Zealand (FSANZ) – to immediately commission testing of all infant formula to ascertain what other brands contain hydroxyapatite or other unapproved and potentially harmful nanoparticles.

Two of these samples, Nestlé NAN H.A. Gold 1 and Nature’s Way Kids Smart 1, were found to contain a needle like form of hydroxyapatite. The European Commission’s Scientific Committee on Consumer Safety (SCCS) has concluded that this form of nano-hydroxyapatite should not be permitted in oral products such as toothpaste and mouthwash because of its potential toxicity.

If it’s dangerous in toothpaste, it should certainly not be in infant formula.

Babies are particularly vulnerable to food safety risks since their immune systems are still developing. Often infant formula is the only food an infant receives. FSANZ needs to immediately recall these products.

Altogether 5 of the 7 samples were found to contain nanoparticles that are not approved for use in infant formula, and breach the Food Regulation Ministerial Council’s policy for ensuring the safety of infant formula. Furthermore, the test results confirm that the nano-hydroxyapatite was added to the formula intentionally.

Friends of the Earth is not only concerned about the presence of nano-hydroxyapatite and nano-calcite in baby formula, but also about the performance of our food regulator FSANZ.

When testing commissioned by Friends of the Earth US last year revealed the presence of nano-hydroxyapatite, nano titanium and nano silica in infant formula, FoE Australia raised concerns that these products could be imported into Australia. In response FSANZ accused FoE of “causing unnecessary concern amongst caregivers” and yet did nothing to ensure that these ingredients are not being used in infant formula in Australia.

Simply claiming that everything is fine without testing, surveillance or monitoring is not good enough.

Two years ago we commissioned testing on food and found every sample contained significant levels of nanomaterials. This included foods most often eaten by children. FSANZ responded by doing nothing, claiming the foods were safe without even undertaking any testing.

It is clear that there is a systemic problem with FSANZ. The agency is deeply compromised by its close relations with big food multinationals. It consistently refuses to regulate, ignores legitimate health concerns and won’t act for the public good except in the most extreme cases. The agency needs to be fully investigated and overhauled.

Read our briefing on the test results.